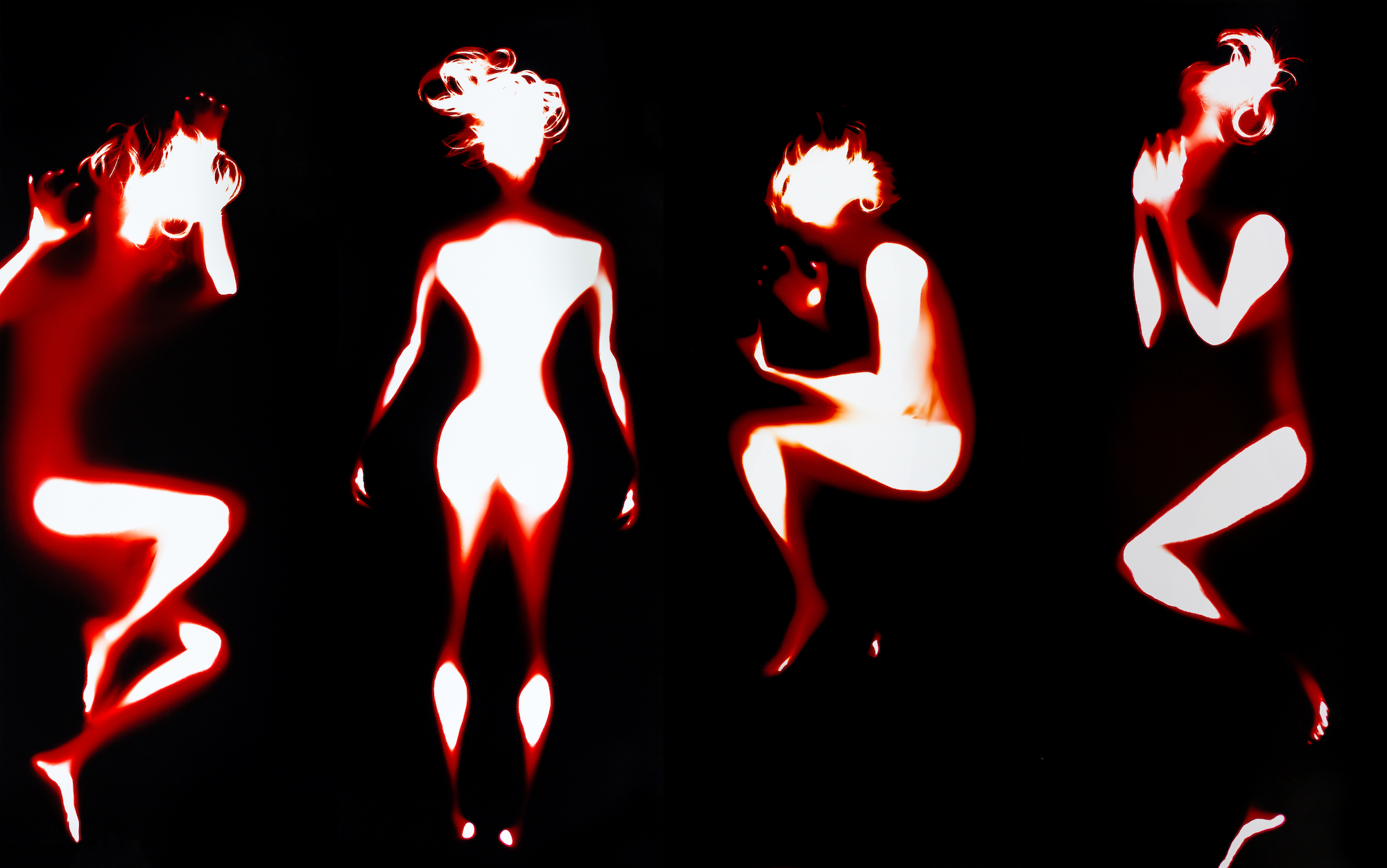 As a result of the Manhattan Project, and subsequent use in Hiroshima and Nagasaki, the United States opened an equivalent of Pandora's Box that can never been closed. American causaliness towards nuclear events is embodied in a common phrase that can be heard in talk shows, radio, and movies, "Just nuke 'em." This oversimplified solution underscores the fact that Americans feel like a master over its nuclear arsenal without consequences.

"Elongated Shadows" is a five people multimedia exhibition that revolves around the atomic bombings of Hiroshima, from the viewpoint of both American bombers/scientists and Japanese victims.

This distinctive exhibition will occur in 2020, the 75th year anniversary of the bombings and will discuss current nuclear tensions. As we commemorate this sobering anniversary "Elongated Shadows" will seek to expand the conversation and to educate about the true impact of nuclear bombs, and to contemplate and reflect on forgiveness, identity, and heritage.

Yukiyo Kawano is a third generation hibakusha, a nuclear bomb survivor, who presents her grandmother's kimonos sewed together with her own hair, a medium passed down directly from her grandmother, into life sized replicas of Little Boy and Fat Man with an accompanying Butoh performance.

The other third generation hibakusha is Kei Ito, a photographic installation artist who reflects on his grandfather's experience and later anti-nuclear activism through his stark cameraless photographs. Ito's work in the exhibition, "Afterimage Requiem" is part of a collaborative project with American sound artist, Andrew Paul Keiper. Keiper, whose grandfather was an engineer on the Manhattan Project, created a four channel sound installation with sounds collected at various nuclear heritage sites. Paired with Keiper's sound is Ito hauntingly abstract black, red, and white cameraless images of his body laid upon the ground. This piece consists of 108 of Ito's images and the four channel sound allows visitors to "create" their own experience of walking within the space around the bodies on the floor. For this exhibition, a smaller selection of the 108 photograms will be selected.

Another of the American artists is Suzanne Hodes, the wife of Henry Linschitz, one of the scientists who designed and built the atomic bombs. Hodes fleshy paintings offer us a unique view of someone who not only had a direct connection the events but also, along with her husband, quickly denounced the weapon that he had made and transforming into avid anti-nuclear activists.

Finally, Ari Beser, a grandson of the only person who participated in both bomber flights, provides portraits of Hibakusha in Japan offer a contemplation of humanity and forgiveness.

The gallery is full with looming bombs, intimate paintings, photograms, a set of speakers, a mounted tablet, as well as accompanying text that offers a historical context to the intimate conversation. "Elongated Shadows" brings together both the artists and the viewer in order to come to terms on both sides of a still polarizing issue of the past in order to make better informed decisions in the future.

Liz Faust is a Curator and Professor focusing on contemporary art that acts as a catalyst in its community and beyond. Faust received her MFA in Curatorial Practice at the Maryland Institute College of Art where she currently teaches. Her interests in radical contemporary art led to the chief curator position at Catalyst Contemporary Gallery in Baltimore where she welcomes both local and national artists who focus on storytelling and emotive connections. Her recent independent curation includes Times of Perception at Stevenson University, Flightless Cranes at Baltimore City Hall, and the Gun Show at the Contemporary Art Museum of Raleigh.