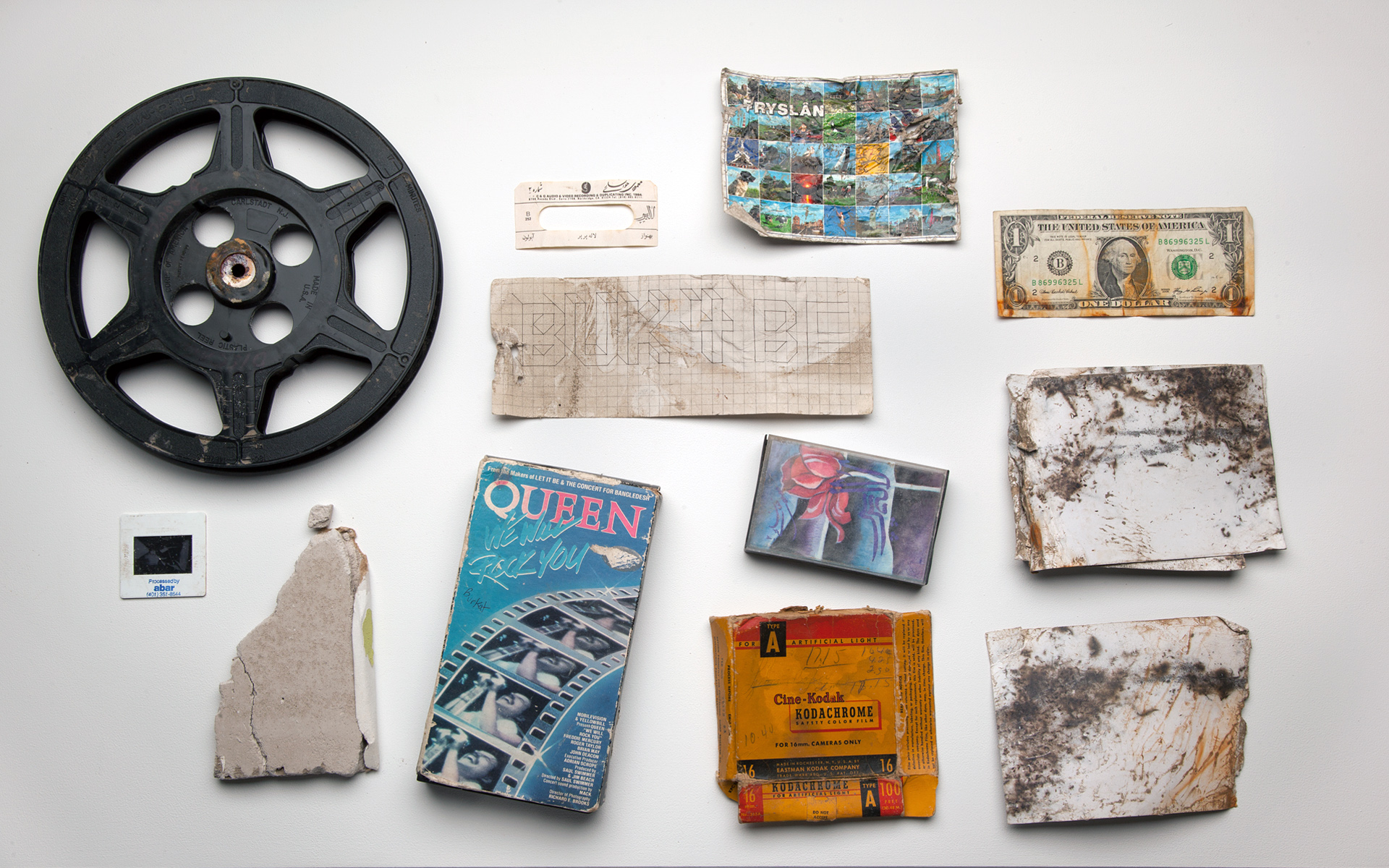 Balkin, et al, A People's Archive of Sinking and Melting, 2012-ongoing
Ancient civilizations had developed adaptation and resilience to climatic shifts and the ability to live in variable environmental conditions. Displacement and reorganisation of their societies were common ways of addressing destructive environmental conditions such as droughts, floods, sea levels rising and high temperatures. Examples of institutional means mitigating against food, water shortage and supporting human migration are recorded in ancient documents, indicating that climate migration is not a new phenomenon as historically human settlement has been driven by environmental conditions.

In today's environmental crisis which is shifting more rapidly than at any time in human history - one of the most important impacts of climate change on human beings will be displacement. Climate-induced migration is a global phenomenon that will increasingly affect communities and individuals. Coastal regions such as the Maldives in the Indian Ocean, Sundarbans islands in the Bay of Bengal, Tuvalu in the South Pacific, Alaskan coast and many more are threatened by rising seas putting their governments and communities under pressure. Either due to sea level rise, erosion or desertification, people are called to urgently address the impacts of rapid environmental changes. However, dealing with changes requires more than regional spatial strategies and solutions, it demands economic and social reorganisation and a major retooling of our economy, institutions, infrastructure, in a global scale.

Contrary to mainstream visual representations of vulnerable communities at risk, this exhibition is urging for radical re-thinking on the way we act collectively upon climate change as planetary citizens. Far from promoting planetary catastrophism, exotic miseries and passive resistance, the works aim at raising awareness of climate injustice and challenge dominant political power of countries and corporations of major contribution to climate change.

Darren Almond's A (2002) presents an Antarctic world of infinite whites devoid of human presence. As temperatures increase and the ice at the poles melts faster and streams into the oceans, sea levels will continue to rise all around the world, affecting land across latitudes and spanning disconnected geographies.

Amy Balkin's A People's Archive of sinking and Melting (2015-ongoing) is a collection of materials contributed by people living in places that may disappear because of the combined physical, political, and economic impacts of climate change. Together, these contributions form an archive of what will have been.

Ursula Biemann's Deep Weather (2013) discusses climate change through projects such as the Canadian tar sands that puts the life of large world populations in danger. Melting Himalayan ice fields and rising sea levels increasingly impose an amphibian lifestyle on the Bangladeshi population. Enormous efforts are made by communities to build protective mud embankments.

Forensic Architecture's Modeling Kivalina (2013) documents Kivalina's failed legal action against twenty-four of the world's largest oil and gas companies, seeking compensation for the current and future costs of adapting to sea level rises linked to climate change. Through a series of interviews with Alaskan village residents, scientists, and political representatives the work chronicles Kivalina's continuous battle with climate change due to lack of infrastructure and the current relocation impasse.

*The text above was submitted to apexart's 2019-20 NYC Open Call, and rated by over 400 jurors. Any specific artists mentioned are unconfirmed and subject to change.
Marianna Tsionki is the research curator at the CFCCA & University of Salford in Manchester where she is leading on the development of exhibitions, conferences, publications and CFCCA's archive & library public programme. She has initiated a number of successful exhibitions and commissions including Digital Matters at CFCCA (2017), Aquatopia at CFCCA (2018) and is currently working on Chinternet Ugly (2018) and a new commission with Miao Ying. As an independent curator she has organised exhibitions, performances, talks, conferences, film screenings and roundtable discussions. She is a PhD candidate in Curatorial Practice at the Manchester School of Art. Her research examines contemporary discourses at the intersection of art, architecture & technology focusing on climate change, eco-aesthetics and migration.
Previous Exhibition Next Exhibition