Queer-y-ing the Arab: The Canary in the Freedom Mine

curated by Earl of Bushwick 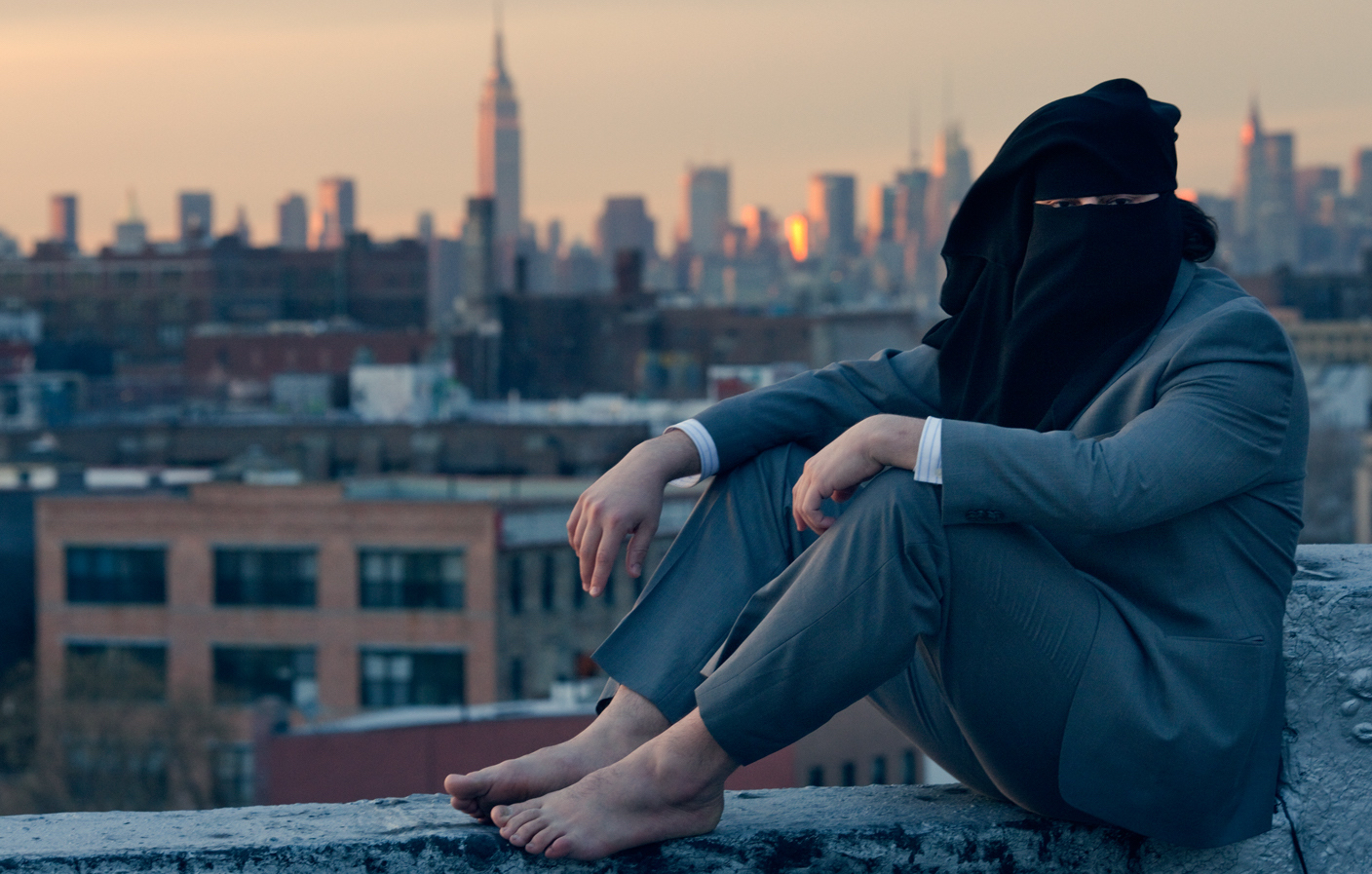 The Earl of Bushwick, A self portrait of the Earl herself, 2011

Since Medieval times Arab poets have sung the praises of homosexual love:

In the bath-house, the mysteries hidden by trousers

Are revealed to you.

Feast your eyes without restraint!

wrote Abu-Nuwas in the 9th Century. During this era, and continuing through to today, Arab visual gender identity has been fluid: the classic male and female garbs are very similar, with men wearing skirts or dresses as the norm. Male use of eye makeup is still common to this day among Bedouins. Gay relationships are also frequent and tolerated. The Ottoman court decriminalized same sex relationships in 1858, two years before the British criminalized it in India.

Arab culture has always had a queer component. In the last century, this queerness has been increasingly suppressed, challenged and blamed on "Western" influence. This exhibition aims to explore, highlight and celebrate contemporary queer artists whose art turns to Arab culture and is at the forefront of democratic resistance. For as repression crests, queer artists are the first to feel the boot at their neck; they are the the canary in the freedom mine.

Over the last 100 years, under colonial British rule, gay and queer life was criminalized in the Colonies just as it was flourishing in London. The failed attempt to create a unified Arab state, gave rise to attempted geographic and cultural unification under a Muslim identity. In the latter half of the 20th century as Saudi Arabia grew rich, fueled by petrodollars, it funded and promoted Wahabism, a highly conservative version of Islam to the downfall of more liberal interpretations of Islam. This period saw a further dismantling of queer Arab culture.

The Arab Spring brought with it a new life to queer Arab artistic expression. Artists like Diala Khasawaneh's subtle "First Bra" (2008) explores an Arab woman's complex relationship with her first bra; the brazen Mahmoud Khaled's "Do you have to work tomorrow" (2013) explores hidden queer culture and political resistance on the gay dating app Grindr during the Egyption Revolution, Elias Wakeem's "Madam Tayoush", the Palestinian drag queen and symbol of resistance by mere existence, and Aghiles Mana's post post-modern "Venus as a boy" (2019), exploring the Virgin Mary as an Arab male.

As the democratic experiment has failed once again in the Arab world, queer life and art have been the first to be vilified as countries return to more thinly-disguised dictatorial existence. Six thousand volumes of Abu Nuwas's poetry were burned in Egypt in 2001. This show is an attempt to explore and immortalize some of the incredible art born as an act of resistance and freedom.

The queer is the canary in the freedom mine: the role of the artist in the time of oppression is to sing. This show is a stage for all the brave queer Arab artists who choose to speak out and insist on being seen and heard, and above all, demand an equal seat at the table of culture.