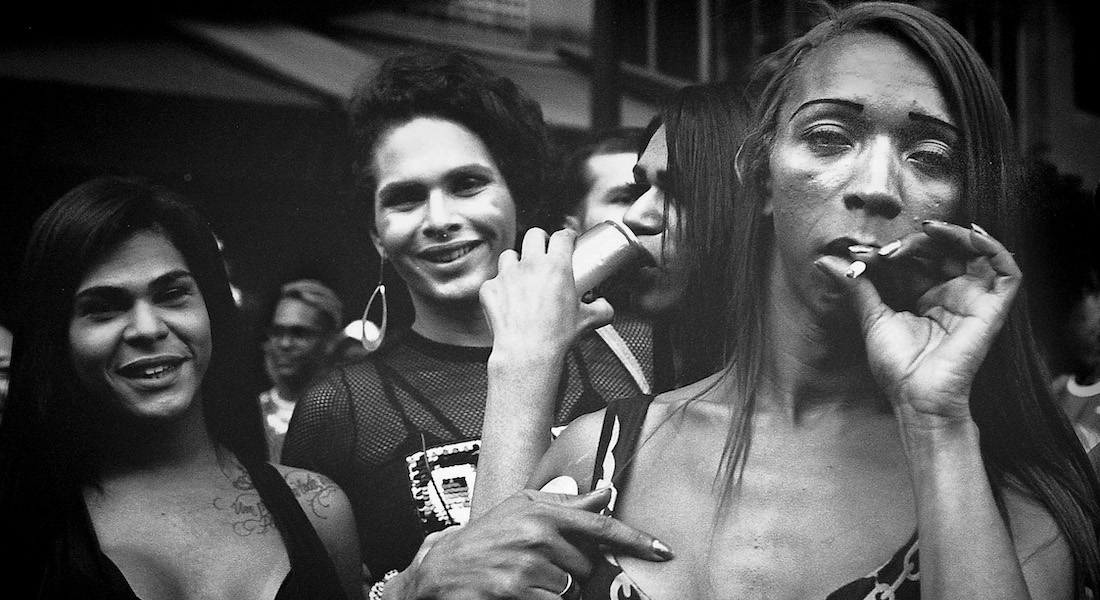 
Brazil has seen a frightening spike in homophobic and transphobic assaults over the last years. Despite legal same-sex marriage and São Paulo's LGBTQ Pride Parade being the biggest in the world, the country has an average of 2 transphobic motivated murders every 24 hours. The violence is set to rise even further after last year's elections: a transgender woman was stabbed to death while assailants shouted the candidate's name and Brazil's first and only openly gay congressman left the country after continuous death threats. Notorious for his overt homophobia and misogyny, the new president clearly intensified an atmosphere that legitimizes violence.

In Old historic downtown, horrendous hate-crimes happen at the same spot where thousands gather for parades, parties and demonstrations. Joy and pain, celebration and mourning are all inextricably intertwined on this marginal space located in the heart of the city. A recognized queer neighborhood since the 60s, where historic landmarks, occupied buildings, gentrification and ruin also stand side by side, downtown has become our battleground.

To best confront white male fantasies of destruction during this dystopic turn of events, the exhibition aims at the radicalization of our own imaginations. As the margin is not only deprivation, it is a space of resistance and possibility, or, as bell hooks describes it, a 'space of radical openness', where we can transform and imagine alternatives worlds. Instead of a hierarchical scale of identity, we abolish altogether the concept of a scale and envision different forms of connectedness, dream-like possibilities of becoming where we appear not to think but to experience.

Through posters spread downtown, six transgender women artists, despite previous artistic experience, were selected and invited to imagine what could or must we turn ourselves into in order to survive. Desire drives the research process and the body embodies the idea, shape-shifting a resistance. Partnering with local collectives, the artists will turn these imaginary characters into installations, using whatever mediums, materials and tools they find valuable. The installations will then be exhibited in a house downtown for a month, where screenings, readings and performances of artists from the Brazilian queer and transgender scene will take place.

The exhibition intends to become a temporary safe space of encounter, capable of forging new alliances by involving those who remain unfamiliar to the art world despite their great relevance as creative subjects. The financial aid would naturally be crucial to secure a fair payment for all artists involved.


Clarissa Aidar is an artist, writer and community organizer from São Paulo. Her work is concerned with queer comradeship and the creation of shifting identities and alliances to deceive state vigilance and the commodification of subjectivity.
Previous Exhibition Next Exhibition