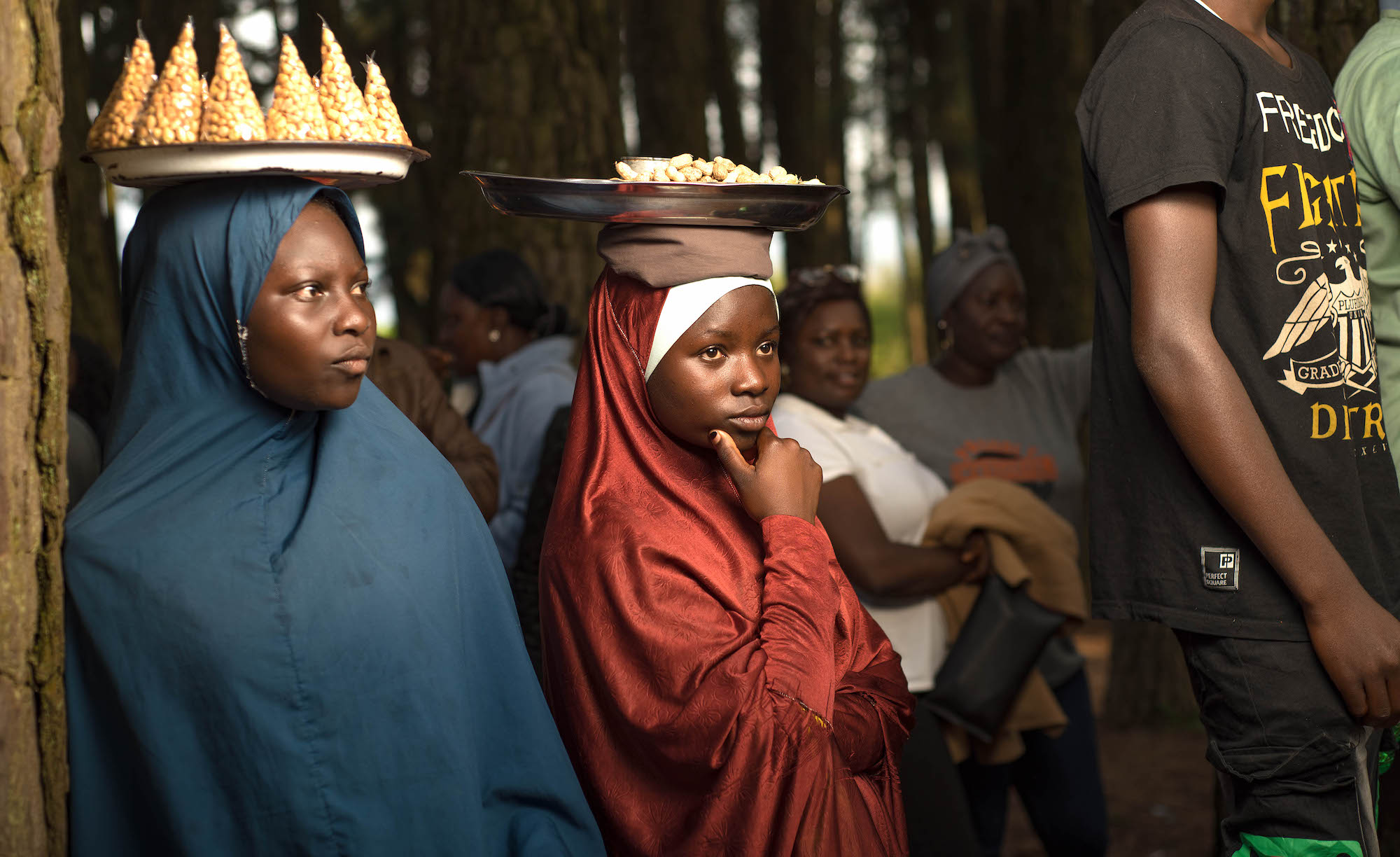 Daduut Judith, We are Here Untamed, 2020
"Arewa, Me Too" is a coined word used to highlight the gravity of domestic and gender-based violence in northern Nigeria. It comprises of the word 'Arewa', a local term for northern Nigeria, and the global hashtag, #MeToo, a social movement against sexual violence. In a patriarchal country like Nigeria, while women face a range of dangers, the dangers of being a woman are magnified in the North, where religion and collectivism are often used as tools for oppression.

Northern Nigeria is an ultraconservative region and is dominated by outdated family laws based on Islamic jurisprudence, which runs on the premise that men have a God-given authority over women in marriages, divorces, and custody issues. Most states in northern Nigeria still practice Sharia Law (Islamic religious law) which justifies the restrictions of promotion and protection of women's fundamental human rights. This type of religio-cultural syncretism has resulted in an interpretation of Islamic thought which makes it difficult for victims of sexual violence to speak up. Some victims and their families, fearing stigmatization, police extortion, and a lack of trust in the judicial process, choose not to report cases to the authorities.

The exhibition, "Arewa, Me Too" is instigated by the recent outrage in Nigeria following the rape of a 12-year-old girl by 11 men in Jigawa, northern Nigeria. It also draws from various sources, including the recent Netflix's latest Nigerian Original, "Citation", a sobering drama about longstanding sexual assault and often untold stories of victims on campuses, and the 2019 BBC documentary, "Sex for Grades", an expose on sexual misconduct in West African Universities.

"Arewa, Me Too", through the works of women artists living and working in northern Nigeria, aims to examine the mainstream portrayal of women, confronting the stereotypes, violence, and their impact on the female form. Through the use of photography, painting, installation, and film, the exhibition delves into unchartered territory, confronting the current realities and examining the future of a generation threatened by policies that restrict freedom. Martha Panshak Dasat's photography series is a symbolic representation of gender violence and repression- genital mutilation, forced marriage, child marriage, its intersection with culture, and its physical and psychological effect. Maryam Umar Maigida's paintings challenge stereotypes about women, especially on notions that certain trades are for men only, and that women who venture into them are bound to fail. Halima Abubakar's photographs revised the perception of the role and value of women in society. Also, Judith Daduut's short film, "Rufe Kai", which is translated as "cover up", is a unique exploration of bodies and textiles. It counters the idea that clothing has anything to do with assault. A section called "Seventh Haven" will be dedicated to survivors of sexual violence to imagine what a safe space is like to them using the invisible UV blacklight Ink Marker to write, draw, paint, and sketch on the wall.

The exhibition intends to be a safe space where support systems are encouraged and healing is visible.

*The text above was submitted to apexart's 2021-22 International Open Call, and rated by 514 jurors. Any specific artists mentioned are unconfirmed and subject to change.

Favour Ritaro is a Nigerian curator based in Lagos, Nigeria. A 2019 fellow and member of the Association of Art Museum Curators in New York, her research and curatorial practice takes a critical view of issues surrounding identity representation and nationhood, gender and sexuality.