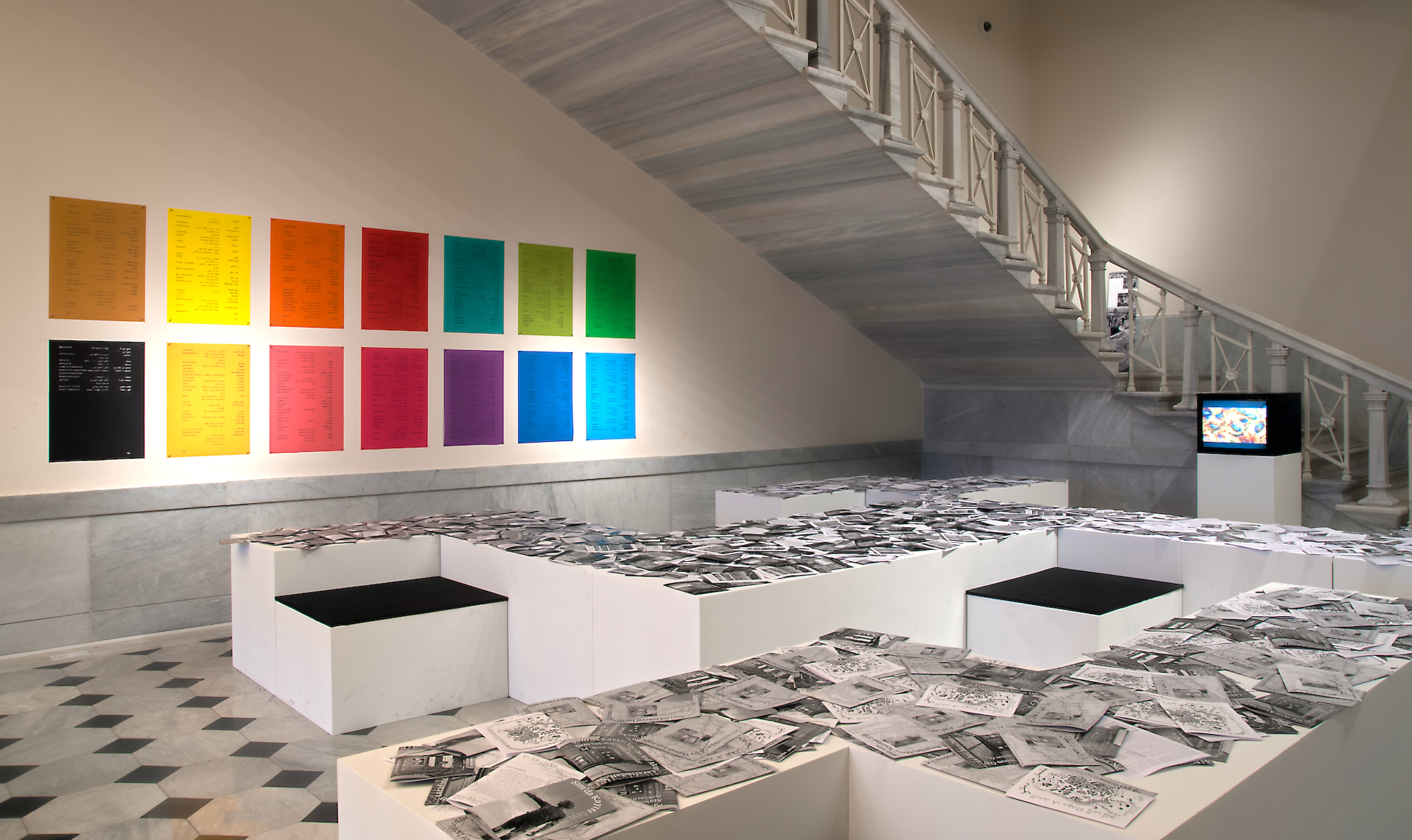 Apricots from Damascus is a publication and exhibition project about art in a state of mobility and exile, with a specific focus on İstanbul and current artist communities.

Since the escalation of the Syrian Civil War in 2011, more than three million people have left their countries, with a majority fleeing to Turkey, Lebanon, and Jordan. Apricots from Damascus focuses on a particular group of refugees who rely on their creative and intellectual abilities in the fields of art, writing, and music, to survive in their new environment: the city of İstanbul.

Between March 2010 and December 2011, artist Dilek Winchester founded and published a zine called Apricot City A4 in İstanbul. Each issue of the zine was edited and designed by a prominent, politically engaged artist or group, including Atıf Akın. Apricot City A4, was reproduced and distributed throughout İstanbul by PVC pushcarts, common mobile businesses that provide services such as photocopying, lamination, and an assortment of knick knacks for sale. These car-batteryoperated pushcarts are part of the informal economy of İstanbul's hyper-urban landscape, their operators strolling around downtown and the historical peninsula in the daytime. Operators are commonly immigrants from Eastern Anatolia, the city of Malatya in particular, which is famous for its apricots. At the time, copies were printed and stapled on these modest portable pushcarts and sold, on demand, for a few Liras.

Apricots from Damascus translates, in Turkish, to "Şam'da Kayısı." Şam'da Kayısı is part of an idiomatic expression meaning, "It does not get any better than this" (Bundan iyisi, Şam'da kayısı). In most Romance languages, the word for "apricot" is "damasco," which indicates that the sweet fruit was associated with Damascus, in Syria. The apricot, however, was also known in Armenia during ancient times, and has been cultivated there. Its scientific name, Prunus armeniaca (Armenian plum) derives from this origin. In Apricots from Damascus, the apricot ? its origins and history ? symbolically represent the multilayered issues such as history of mobility and language in the region, that the project addresses and attributes a positive connotation to the situation.

Though the term 'refugee' is often regarded as a technical and political term with bureaucratic connotations, it accurately represents the stated condition: a refugee is a person seeking refuge. We acknowledge the differences and specificities of the terms refugee, immigrant, and expatriate; however, Edward Said's thoughts on 'exile' are very relevant to the context of this project therefore we use it as an all-embracing term.

In Reflections on Exile Edward Said writes, "Modern Western culture is in large part the work of exiles, émigrés, refugees. In the United States, academic, intellectual, and aesthetic thought is what it is today because of refugees from fascism, communism, and other regimes given to the oppression and expulsion of dissidents." (2)

Said's reflections remain accurate in the age of global war today. He describes modern warfare, imperialism, and the quasi-theological ambitions of totalitarian rulers, all of which precisely refer to the current, tragic situation in the Middle East. Said expresses particular interest in the creative character of exile, in that much of life in exile is taken up with compensating for disorienting loss by creating a new world to rule. He observes, "It is not surprising that so many exiles seem to be novelists, chess players, political activists and intellectuals."

Said further relates his observation about the condition of exile to occupations that require a minimal investment in objects, but rather place a great premium on mobility and skill, thereby suggesting that exile is implicitly tied up with movement. Apricots from Damascus is the expression of mobility and exile among contemporary artists.

With the birth of the Turkish Republic in 1923, İstanbul lost much of its Babylonesque atmosphere, including the loss of multilingual and multicultural communities that had been the subjects of the Ottoman Empire. However, over the last ninety years, the demographics of Turkey continued to be shaped by internal and international waves of immigration, with İstanbul serving as a permanent or temporary base for many exiles. Immigrants have made significant contributions to art, architecture, and humanities education in Turkey. Apricots from Damascus focuses on the art production of artists who make contact with İstanbul, whether permanently, temporarily, from within, or outside it. In this particular historical moment, this community is expanding and shrinking in waves that reflect mobility caused by war-related displacement, and economic and climate change.

Artists commissioned for the project created original content for the zines, approaching issues in ways that relate to their respective bodies of work. There are a number of reoccurring themes, including the analysis and investigation of historical trade routes leading from the Middle East to Europe, as well as cultural and ecological metaphors around these routes; the history of migration and exile in modern İstanbul; and language and translation and representation of contemporary identity.(3)

Apricots from Damascus engages publication as an artistic practice in an effort to connect through cultural commons, or the shared interdisciplinary knowledge acquired by varied communities. The first stage of the project involves commissioning artists to produce zines, which will be distributed in İstanbul's public space through alternative means of distribution, including the PVC pushcarts. Zines will be published in three languages: Arabic, Turkish, and English. These three languages are important to correlate the artists, issues and the audience of the project. The project culminates with an exhibition hosted by SALT, İstanbul, in December 2015, where the zines, artworks about the themes explored in the zines, and documentation of the project will be displayed. The exhibition space will serve as a social space where ? exiled or settled ? artists in İstanbul will come together.


Atif Akin is an artist and designer. He studied engineering and design at Middle East Technical University in Ankara. He taught various courses in the context of contemporary art and design in Europe and Istanbul. He joined the Visual Arts Department faculty at Rutgers University in September 2011. Currently he teaches at Mason Gross School of the Arts and runs his studio in New York City. He co-curated an extensive media art exhibition, Uncharted: User Frames in Media Arts, in 2009 and edited a book by the same name. He has worked with cultural institutions such as the Goethe Institute, KHM, University of Liege, ZKM and Ars Electronica. Currently he is working on Mutant Space, a research-driven art and design project on radioactivity and nuclear mobility.
Dilek Winchester studied at Central Saint Martin’s College in London and is currently based in Istanbul. Translation, literature, language, drama, oral history, and emotional expressions are among the subject matters that she deals with in her work. Selected exhibitions include Century of Centuries, Salt Beyoglu, Istanbul (2015), Anyone Could Be a Sculptor One Day, Spot Production Fund, Istanbul (2014), HomeWorks 6, Ashkal Alwan, Beirut (2013), Here Together Now, Matadero Madrid, Madrid (2013), Selling Snails in the Muslim Neighbourhood, Westfalischer Kunstverein, Munster (2013), and a Solo exhibition at the National Museum of Contemporary Art in Athens (2012). 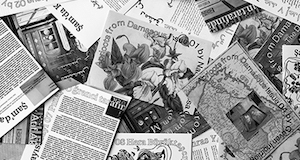