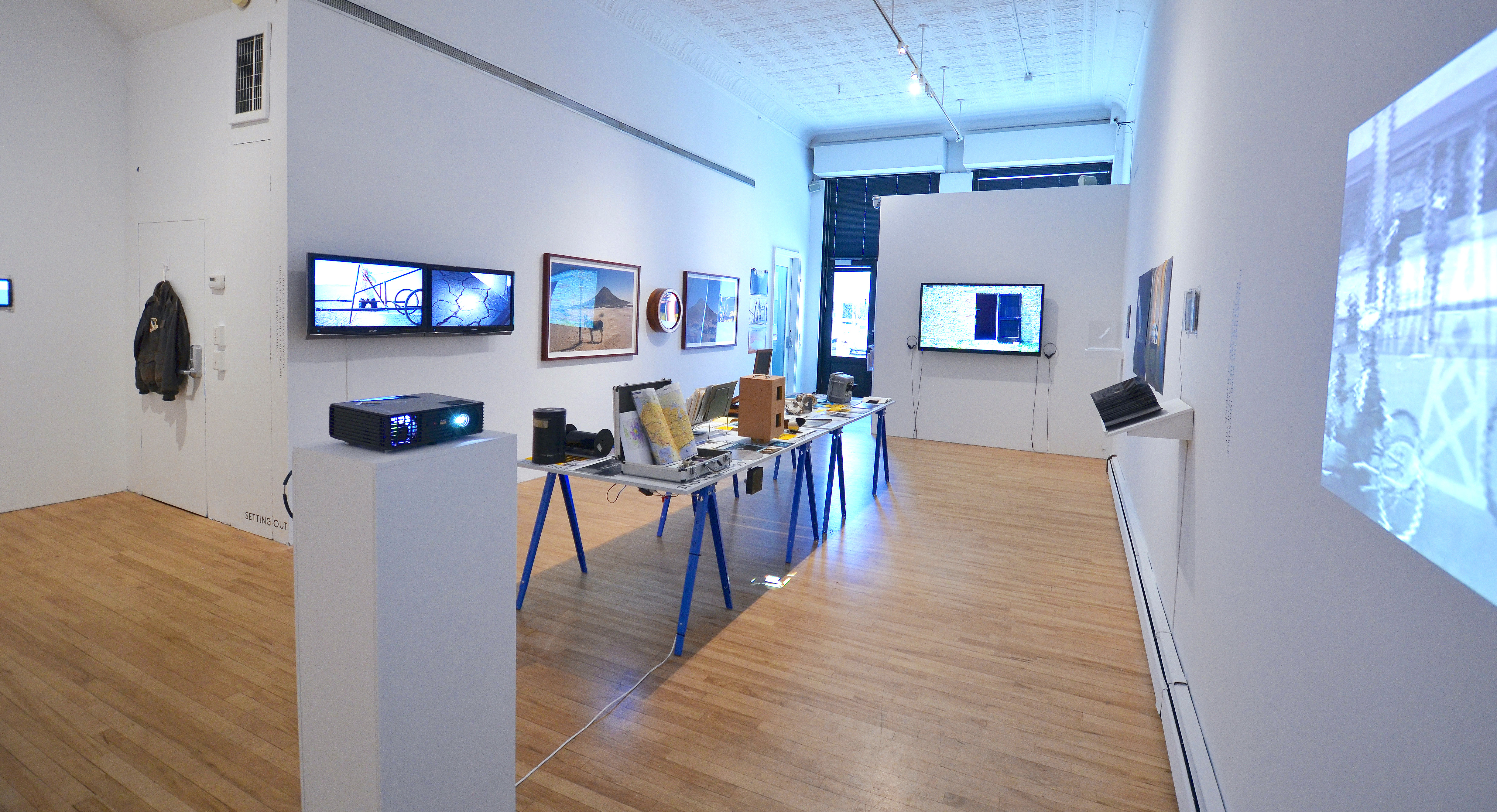 x
Setting Out seeks to untangle the terms that motivate and define contemporary expeditions. It holds in one hand the historical legacy of science, art, and society and their pursuit of all knowable and natural frontiers. It holds technology in its other hand and its connivance with human curiosity to see beyond each horizon. Together these fields create an image of the edge of human understanding.

As curators, we set out on an exploration for work that represents the ethos and praxis of expeditions. The works we found demonstrate a recurrent set of practices and sentiments that circumscribe exploration's essence. It didn't matter if the explorer was an artist or scientist, or if the subject was cellular or celestial. The human preoccupation with the frontier - where the knowable bleeds into the unknowable - holds steady at all scales. As such, we found that to explore entails the desire to search as well as the impulse to share.

The works included in Setting Out all meet on this field of desire and dissemination. The language, methodologies, and influences that inform each are fluid. The explorer is at once a scientist-artist who creates the ground for their expedition as their process of exploration unfolds. In their hands, technology expresses a DIY plasticity, bending and twisting so that new images may be transmitted back.


In 1962, British science writer and futurist Arthur C. Clarke envisioned a world forever shrunk by a vast net of communications satellites. According to Clarke, the implementation of these satellites would collapse distance and time and enable mankind 'to move almost instantaneously to any part of the world.'

Abiding Clarke's prescient vision, the launch of the first communications satellite ushered in an era of rapid technological innovation. In this new epoch, technology has extended human perception beyond the constraints of the human body. This promotes a culture of remote viewing, which paradoxically creates a greater distance between the viewer and the subjects or landscapes being viewed. These images deliver a disembodied understanding of the subjects they depict. As such, today's world of places and materials has transformed into a world of representations and information. As inhabitants of this new world, we access images of our horizons in increasing detail yet do not clearly perceive the shaky ground beneath our feet.

Katie Paterson's Ancient Darkness TV responds to today's networked reality and reproduces an incomprehensible image of cosmic time and space. Working with astronomers from the Mauna Kea Volcano telescope, Paterson's Ancient Darkness TV records a transmission of 'ancient darkness' and broadcasts it on New York television station MNN. The work reveals darkness from the furthest point of the observed universe - 13.2 billion years ago - shortly after the Big Bang and before Earth existed, when stars, galaxies, and the first light began to form.

Like many of the artists in Setting Out, Paterson's work points to how remote viewing technologies are inherently unable to transmit a sense of the space they depict. Her work illuminates how technological media makes possible the material projection of place and time, and simultaneously presents us with an image that's decidedly untethered to either. The word 'dark' is often used to suggest the presence of the unknown. As viewers, we are literally left in the dark, wondering how and if this image allows us to comprehend our position in the universe. Or, perhaps, it simply leaves us at the periphery, oscillating between observation and imagination.

As with Paterson's Ancient Darkness TV, Heidi Neilson's work deals with time, distance, and communication technology. Neilson's ISS Roadtrip combines stills from a video clip taken from the International Space Station as it orbited the earth into a book meant to be viewed in a moving car. From the passenger seat, the reader turns each page of Neilson's book and simultaneously registers the velocity of the car in motion.

ISS Roadtrip inserts the remote landscape of space into everyday life and transposes the satellite onto the automobile. Yet, despite the car's willful complicity, it fails to reproduce the experience of moving through celestial space. The terrestrial remains the terrestrial, and, instead, the reader suspends their sensation of reality so that they may follow Neilson into an intergalactic fantasy. Like Paterson, Neilson makes tangible an image of some distant periphery to which our lives are intimately yoked and infinitely removed.

From these remote frontiers, Setting Out transmits images and artifacts that question the human desire for conquest over space and time. This documentation is the output of the curiosity that propels the explorer's work. It reveals the desire to collect and share evidence of celestial and terrestrial hinterlands. Curiosity dovetails the work of the artist and scientist. This process of coming together yields productive frictions and results in the commingling of differing methodologies, efforts, and approaches.

Agnes Meyer-Brandis' Moon Goose Analogue is such a poetic-scientific investigation. The video presents Meyer-Brandis' quasi-scientific experiment in which she raised, trained, and equipped a flock of geese to fly to the moon. Inspired by Francis Godwin's 17th century science fiction piece, 'The Man in the Moone,' Meyer-Brandis mixes scientific and artistic practice to develop tools and systems that mirror and mimic those used in astronautics. The result is a touching and humorous pseudo-documentary that chronicles the tensions that occur when scientific and artistic approaches are merged.

While some projects in Setting Out travel outward, others turn their gaze inward so that they may interrogate social and military infrastructures. They offer an alternate view of familiar landscapes and highlight the presence of industries, economies, and cultural phenomenon typically hidden or obscured. They curiously inspect the world at hand and conduct investigative processes that, at times, seem absurd and humorous. Their work excavates micro- and macroscopic territories, exposes hidden histories, and brings forgotten knowledge to the fore.

This is clearly articulated in the work of the X-Hunters Aerospace Archaeology Team, Peter Merlin and Tony Moore. Their extensive and multi-modal work pinpoints more than 100 aircraft crashes throughout the American Southwest - at places such as Edwards Air Force Base and Area 51 - by piecing together clues from interviews with pilots, Freedom of Information Act requests, and archival research. Their aerospace archeology grounds itself at the resting place of X-Planes, experimental military aircraft once used to test the limits of aviation technology, predominately for advancement of military purposes.

Merlin and Moore's work takes up technology as both tool and artifact. They travel to sites they presume an X-Plane has crashed and methodically line up photographs of the crash sites with the horizon. In this way, they locate distinct geographic features and establish the relative distance or location of crashed X-Planes. Their fieldwork reveals a constellation of forgotten sites across the American Southwest and highlights the existence of an active military presence within the desert landscape. In training their eyes downward, they map the undocumented history of aeronautic folly and failure buried in the landscape around us. Their findings reveal the ramifications of experimental technologies that push against the limits of speed and altitude. Merlin and Moore traverse the landscape on a microscopic scale; the minuscule fragments they piece together locate the hidden connection between earth and sky.

Similarly, Matt Coolidge's Center for Land Use Interpretation (CLUI) produces public programs that take participants out into the urban, technological, and industrial landscapes of Southern California. Coolidge's public programs identify and travel to sites of cultural significance within pre-existing, everyday landscapes. CLUI's public programs 'microcosmically' tour the systems that support our everyday existence such industrial mills, electrical plants, and aqueducts. Using the language and methodology of a museum, Coolidge draws our attention to sites and infrastructures that have always been present but perhaps never noticed or explored.


Expeditions of yesteryear operated at geological and political frontiers. They, by definition, charged into some unclaimed horizon in search of knowledge, resources, and territory. Yet, the horizons towards which they strove were elusive and illusory.

Setting Out has found that the horizon towards which today's explorers reach now resides within sociological and technological terrains. These terrains are often formed from the integration of remote viewing technologies into our cultural consciousness. To examine these spaces, the work showcased in Setting Out dovetails at the inexhaustible curiosity and desire to translate all worlds into the language of human experience.

Yet, this curiosity privileges sight at the expense of the other senses - and in so doing perpetuates a disembodied stance on the edge of human knowledge. The work of each featured artist-scientist-explorer tirelessly fails to capture and communicate the fullness of the frontier. Rather, this space is understood only through the collusion of all human senses - wherein the eyes, ears, skin, and musculature take in their surroundings and feel the scale of this unknown site.

Shona Kitchen is an artist/designer who explores the psychological and social consequences of today’s technological landscape. The work is typically site-specific, research–driven and includes public art, gallery installation, and visual narrative. She holds an MA from The Royal College of Art, London. She has exhibited, lectured, and been published worldwide and has taught at institutions including: The Royal College of Art, Arts Center College of Design, and Stanford University, and currently serves as Department Head in Digital + Media at RISD.

Aly Ogasian works across a variety of disciplines including sculpture, video, sound, drawing, writing, and photography. Her work explores the role of evidence within processes of searching and understanding, and draws inspiration from the history of film and photography, conspiracy theory, forensics and the history of science. She has exhibited in both the United States and Canada, most notably at Ceres Gallery in New York and the Center on Contemporary Art, Seattle. Aly graduated from Queen’s University with a BFAH in Sculpture and was recently awarded an MFA in Digital + Media from Rhode Island School of Design. She has been awarded residencies at Vermont Studio Center, School of Visual Arts, and The Arctic Circle. She is currently part-time faculty at Rhode Island School of Design.

Jennifer Dalton Vincent is a Rhode Island-based artist/writer whose work examines the social and environmental outcomes of sustainable technologies. Her artworks and curatorial projects survey contemporary built environments and imagine their potential futures. Her art enlists her audiences to co-consider the cultural, aesthetic and material histories of the spaces in which they live and work. Before graduating from Brown University, she owned and operated a restaurant in Warren, Rhode Island, dedicated to sustainable food ways. 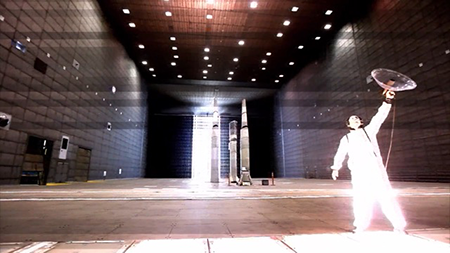 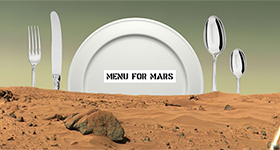 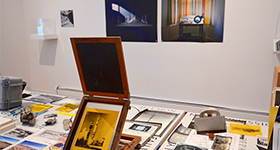 Guided Tour and Closing Reception for Setting Out