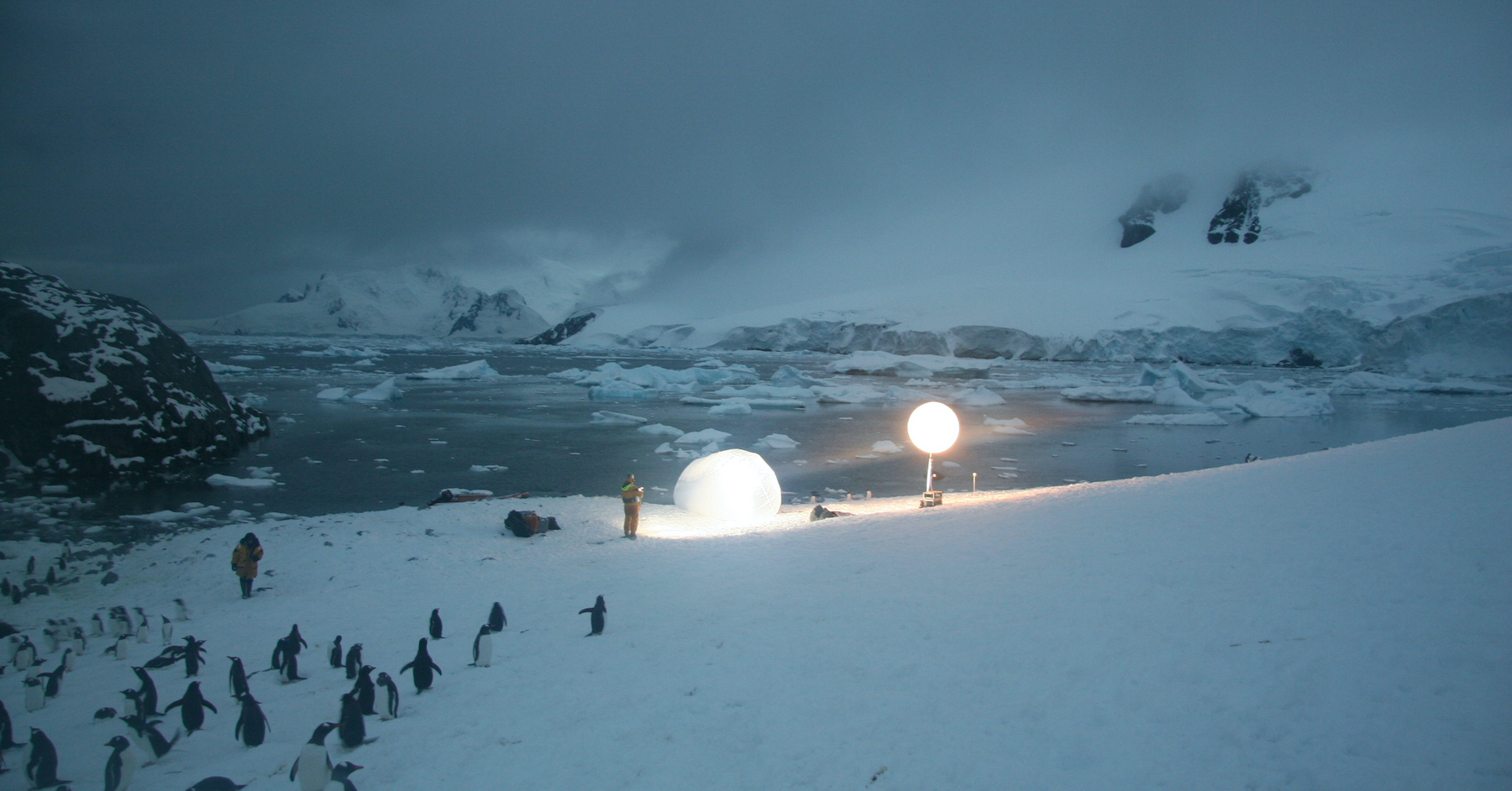 Pierre Huyghe, A Journey that Wasn't, 2008
x
The Hidden Passengers
Scientific research aspires to systematically build and organize knowledge, to explain and understand the universe. The role of art in scientific research was once very clear. 16th Century Belgian physician Andreas Vesalius' detailed anatomical diagrams, for example, were produced by commissioned artists. The artists' presence at the dissections helped Vesalius to create the first accurate set of diagrams. These drawings were not only of much better quality than those produced previously, but they were also considered instant classics.

The relationship between art and science is not as clear anymore, and yet many artists use the language, tools, and methods of scientific research. This exhibition argues that by adopting scientific practices and tools, the participating artists do not ask to understand the world as scientists or merely observe it from the outside, but rather to participate in the world as artists. Instead of striving for scientific facts and truth, artists use these methods and tools to raise unanswered questions.

In this manner artists act outside the system of institutionalized knowledge, democratize science, and challenge the understanding of who has the right to use knowledge and knowledge-making materials. They offer an alternative way to use scientific tools like expeditions, laboratories, or experiments, while reminding us that science itself was once more ambiguous.

Journeys and Expeditions
In 2008 Mark Dion retraced the same route up the American East Coast as 18th Century naturalist, botanist, and explorer William Bartram. Using Bartram's travel journals, drawings, and maps, Dion initiated his own exploratory journey. On his journey, he made drawings in a naturalist style of the wildlife along the road, collected numerous samples of organic specimens such as acorns and seashells, and acquired an extensive collection of man-made objects like tourist souvenirs, postcards, and toys. Dion's journey was not aimed at collecting scientific data or mapping the terrain. His artistic analysis is not of nature itself, but of the cultural engagement with nature.

One of the works that resulted from his journey is Travels of William Bartram Reconsidered (equipment) (2008). It presents necessary and unnecessary equipment and provisions to an expedition, including tarps, tools, maps, and books. By focusing on the equipment and provisions, they are given a new importance that emphasizes the labor of the journey rather than the particular scientific results. In this way, the journey becomes the locus of an ethnographic investigation.

Pierre Huyghe offers a different perspective on artistic journeys. A Journey That Wasn't (2008) merges two events: an Antarctic expedition in search of an albino creature rumored to exist on an uncharted island exposed by receding ice, and a re-enactment of that voyage as an elaborate concert and lightshow in Central Park. By merging the two events into "a journey that wasn't," Huyghe navigates between fact and fiction, proposing that reality is so unbelievable that to tell it the right way, you must tell it as a fiction.

Fact and Fiction
Blurring the boundaries between fact and fiction, science and art, natural and artificial is also significant to Tomer Sapir's works.

The world introduced by Sapir is underlain by a duality between the use or imitation of nature (the findings of a researcher, gathered leftovers or traces of what once was) and what is quintessentially man-made (sculptural works, use of synthetic materials). It is precisely this dichotomy, however, which makes for a space and time where Sapir's sculptures may exist, a gray area that sustains a tension between history, mythology, and fiction.

Samples and Specimen
The attention to details in Roxy Paine's pieces produces an atmosphere of magnification, like a response to a scientific imperative to reveal nature's secrets. His works express his interest in natural forms and their dual benign and malignant qualities. Even though Paine's sculptures share precision and scientific sterility, his faux botanical specimens (like Cloud Specimen (Cloud/Fungus) (2009)) emphasize his interest in what is ambiguous and inexplicable about these specimens; on the magic, not the science. In 2006, Mark Dion was invited to create an exhibition at the Natural History Museum in London that took its point of inspiration from the categorization and taxonomies of the natural and man-made world, the processes of science and art, and the crossover between urban environments and nature. Dion's work focused on three key areas of the museum's activities: field work, laboratory, and display. Sampling Unseen London (2006) is a group of four sketches for this project that emphasize the important role that scientific methodology fulfills in Dion's work.

Taxonomy
Dion's Natural History Museum exhibition referenced the Swedish scientist Carl Linnaeus (Carl von Linné), father of the modern classification system of animals and plants, as it was the 300th anniversary of his birth. The dialogue with Linnaeus and the debates surrounding systematization and taxonomy is very significant to works by Tomer Sapir, Jenny Michel, and Michael Hoepfel.

Sapir's ongoing project Research for the Full Crypto-Taxidermical Index is a lexicon of objects, mutations suspended between the organic and the artificial, the seductive and the threatening. Sapir investigates cryptids, animals for which there is no scientific proof and which are not identified in the official zoological index. He focuses on a compressed critical moment, examines the overlapping of biological and synthetic elements, and attempts to come up with the chemical formula for combining them.

In different stages of the project, Sapir arranged his sculptures in vitrines, shelves, drawers, cabinets, and aquariums. In the current exhibition he arranges them on a light table. These methods of display are reminiscent of scientific laboratories and of natural history, pre-history, or archeology museum displays. The objects are carefully arranged, yet without any classificatory principle, which undermines any attempt at coherence or order.

Michel and Hoepfel create an index in their project Dust, which charts and sorts types of dust according to categories like family and species that relate to Linnaeus? classification system. Their 3-channel video installation deals with the human longing for perfection, understanding, and control. It also refers to the alchemistic origins of modern science when the balance between belief and experiment was more obvious than scientists might admit today.

Experiment
As a reflection on a personal dream, Guido van der Werve's Nummer zeven (The clouds are more beautiful from above) (2006) addresses the possibility of failure and the dangers of realizing one's own vision that are inherent to both the scientific and creative processes. In the beginning of the video, the narrator says how, as a child, he would lie awake at night waiting for a "falling star." When he finally saw one, he always made the same wish, which sadly never came true. Then the camera focuses back on the Earth, back to the artist's living quarters where he is building a homemade rocket with a nose cone containing a silvery chunk of meteorite. One evening just before sunset, van der Werve drags the rocket to an open space on the edge of a wood and erects it. With the help of a stepladder and a scaffolding, he prepares to launch it. At the film's conclusion, rather than blasting this object back into space, the elaborate rocket simply blows up on the spot.

Laboratory
Roxy Paine is trying to systematize things that are resistant to being systematized, revealing the ever-present tension between order and chaos.

Paine's Dendroids, a series of tree-like sculptures, manage to veer into ambiguous territory. They represent an attempt to observe trees as a language governed by rules and structures. This reflects Paine's thoughts on human encroachment on the environment. The Dendroids share a language and system with biological, physical, and computer scientists. Their forms evoke a range of natural and man-made systems from neurons to river networks, from taxonomic diagrams to genealogical charts. Through his work, Paine allows us to explore a dynamic place where technology converges with nature and science.

Paine's Distillation (2010) is an amalgam of structures that refer to vascular, neural, taxonomic, arboreal, mycological, and industrial systems. It includes elements such as valves and flanges from petrochemical plants. Study for Distillation (2009) can provide us a good entrance to Paine's Dendroid series, but also shed light on the special place of the process in his work, on the notion that ideas come in coarse and ferment in the brain, and eventually are distilled out of that brew. Paine describes his process as the fermentation of bundles of information, then the extraction of discrete compounds from the resultant mash, which when fractionated, overlaid, and recombined become a transmutation from the familiar to the entirely new.

Avi Lubin is a curator and head of the theoretical studies and the visiting artists at the postgraduate program, Ha’midrasha Art school. He is a PhD candidate at the School of Philosophy and The Cohn Institute for the History and Philosophy of Science and Ideas, Tel Aviv University. He curated numerous solo and group exhibitions, among them are The End of History at Künstlerhaus Speckstraße and Kutscherhäuser in Hamburg, Grandfather Paradox at the Chelouche Gallery in Tel-Aviv and ON-OFF Art Projects in Hamburg and Vestige at Art Cube Gallery, Jerusalem. He has published essays in many magazines, journals and catalogues, among them The American Journal of Psychoanalysis, NY Arts Magazine, and Et Lacan. 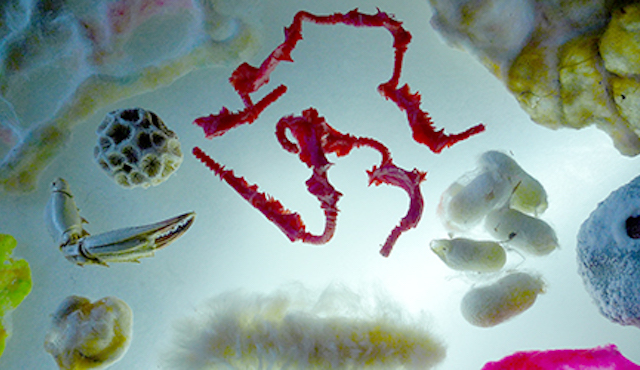 The Art of Science Education