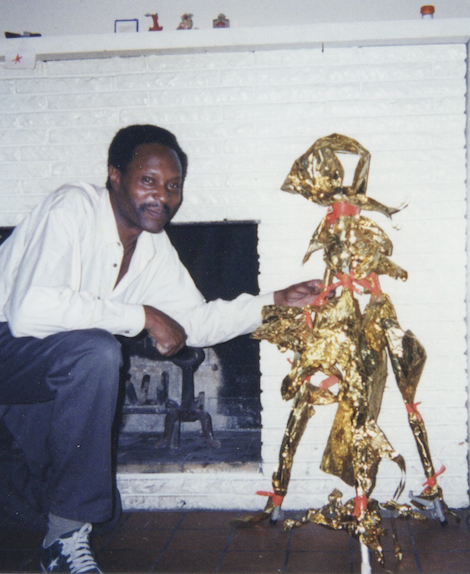 A conversation with Carol Thompson and guests.

In the ‘80s and ’90s, Cuffie’s jerry-rigged assemblages were a fixture on the Bowery and Cooper Square. He became known for the odd grace and mysterious humor of these impromptu sculptures and installations, built from pieces of fabric, loose wires, scavenged furniture and toys, old clothes and other found materials, and displayed on fences, outdoor walls and sidewalks. His sculptures were often removed by the city or destroyed by the elements, but he would quickly replace them, over the years building an audience of devotees.

His work eventually found its way into the art world, included in group shows at American Primitive, Exit Art and Flamingo East, where it often sat beside that of other emerging artists such as Rachel Harrison, Lucky DeBellevue and Rob Pruitt. For an exhibition he was included in at the legendary 4th Street Photo, Curtis Cuffie came to the gallery with a can of shaving cream and wrote the word LOVE in giant, looping, foaming letters across a white wall. Cuffie was born in Hartsville, South Carolina, and came to Brooklyn at the age of 15. His work was shown at the American Visionary Art Museum, in Baltimore, and was supported by the New York Foundation for the Arts, the Pollock-Krasner Foundation, and the Lower Manhattan Cultural Council, where he was an artist-in-residence. He died of a heart attack in 2002 at the age of 47.

Through Carol Thompson's personal recollections and photographs, and in conversation with Darrell Maupin, a portrait of the artist will be drawn throughout the evening for those who remember seeing Cuffie and his masterworks in passing, and for those now just learning an important part of Downtown New York history.

For 17 ½ years, until June 18, 2019, Carol Thompson, now living in Harlem, served as the Fred and Rita Richman Curator of African Art at the High Museum of Art in Atlanta. Thompson moved from New York to Georgia to take that newly created, endowed position in 2001. From 1987 to 1996, when Curtis Cuffie moved into her sixth floor walk-up bathtub-in-the-kitchen studio apartment with her, Thompson was with The Center for African Art, located on Manhattan’s Upper East Side, as it became The Museum for African Art in Soho (now The Africa Center, in Harlem). She has taught at Spelman, NYU, Vassar, City College in Harlem, FIT, Drew, and Pace. Originally from rural Minnesota, Thompson’s academic work was done at Hamline University, University of Iowa, and NYU’s Department of Performance Studies. Her close relationship with Cuffie endured until his too-early death.

Darrell Maupin was a close friend of Curtis Cuffie. Maupin owned a restaurant and club called Flamingo East on 2nd Ave and 13th Street, which opened in 1989. Flamingo East was a hip East Village hot spot with a wild and fun crowd. Curtis, who was living on the street and making his art, came to the restaurant nearly everyday for 7 or 8 years to join staff meals, hang out and spend time with the workers or bring by a piece of art that he was trying to sell. In the early 2000s, Maupin took a job teaching in Mombasa, Kenya. After 11 years living in East Africa, Maupin is currently back in New York. 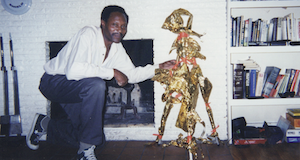 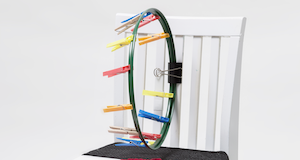