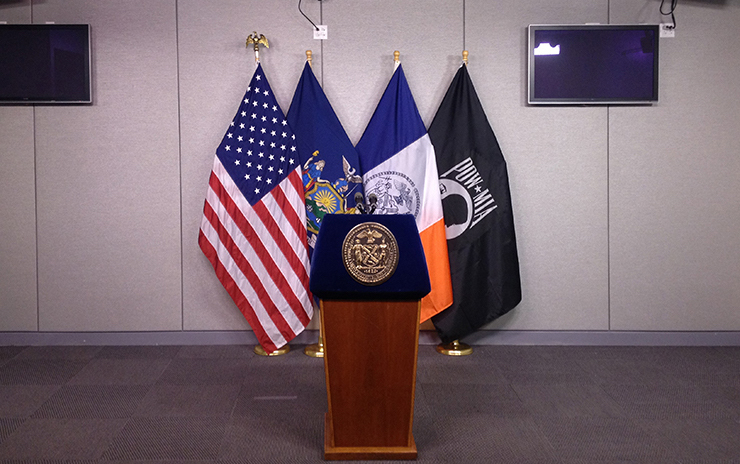 Speculative design has resulted in physical objects like Huggable Atomic Mushrooms, fictional therapy devices imagined for people afraid of nuclear annihilation (Dunne and Raby). Other speculative design artifacts include a suitcase of biosensor-activated colored feces to help self-diagnose an illness (Daisy Ginsberg and James King), and a network of robotic buoys for surveying marine life on the Bronx and East River (Environmental Health Clinic & The Living Architecture).

Though early speculative designers set out to divorce themselves from traditional contexts of applied design (namely, the commercial marketplace), contemporary practitioners have found numerous opportunities to position speculative design in the public eye - most commonly through exhibitions at cultural institutions such as MoMA's pioneering "Design and the Elastic Mind" (2008) and "Talk to Me" (2011). In addition to being introduced and showcased in public exhibitions, speculative design has also been adopted by research organizations as a means of public engagement, and leveraged by commercial innovation teams such as the Philips Design Futures group and Nokia Design Strategic Projects Studio which use speculation to explore new product territories.

Alternative Unknowns began with a roundtable discussion between five emergency preparedness experts, six designers, an actor, two writers, and the curators. This interdisciplinary group met at the NYC Emergency Management headquarters in downtown Brooklyn on August 26th, and dove into a captivating discussion about "the unlikely but possible" emergencies on New York City's radar. The importance of community involvement was raised many times, with specific reference to the Community Emergency Response Teams located throughout many parts of New York City. Reaction and threat psychology also came up in discussion as opportunities for investigation. Thirdly, the conundrum of digital vs. analog systems was raised, acknowledging that digital tools such as Twitter may actually break news of emergencies before any other media, although reliance on electronically powered systems can be dangerous since the electrical grid is certainly not without flaws.

Alternative Unknowns consists of speculative artifacts created by New York-based product designers, writers, digital developers and artists; and a simulation room for emergency scenarios (the apexart exhibition space). The simulation room examines potential behaviors and interactions that could be sparked by the speculative artifacts. After the meeting, the group set out to craft a script for the simulator, incorporating contributions from NYC Emergency Management and the Alternative Unknowns team. Among the numerous possible emergency scenarios, the team decided to focus the simulation script on a situation that receives less public attention than more common events such as hurricanes and floods. It was decided that the scripted scenario would revolve around an unnamed pandemic that's hit the city, and is traveling easily via public transit. The scene focuses in on the entrance to the subway, and an associated pop-up health checkpoint for monitoring and controlling the spread of disease.

Among the artifacts created for the show are a low-tech tool for reaching community volunteers, a reconsidered system for social interactions, a communication regarding activism during pandemics, a self-administered disease testing kit, a mobility aid that connects to current infrastructure, a kit for adapting urban animals as biosensors, and an informational document.

In November, in the completed simulation room with script, artifacts, and scenic treatment, a panel of emergency management experts will join a public audience at apexart and observe four alternative enactments within the simulation room. To conclude the exhibition, the curators will invite public viewers and the expert panel to deconstruct the enactment, and to scrutinize the role of speculative design as an approach for agencies such as NYC Emergency Management.

While speculative design is not currently employed by NYC Emergency Management, one of the experts explained that the office regularly trains for emergency situations with what they call "tabletop exercises." These exercises introduce a scripted scenario, such as a summer blackout, to examine the operation procedures and communications to develop what's referred to as "posture."

Simulation exercises are also practiced in the field to role play reactions to situations such as the Radiological Dispersal Device (RDD) scenario that was enacted in Coney Island on November 17, 2013. This exercise simulated a radiological incident, and allowed stakeholders and responders from multiple city agencies to engage with the coordinated response. Participating agencies included NYPD, New York City Fire Department (FDNY), NYC Department of Health & Mental Hygiene, and NYC Water.

There are some historical examples of speculative models being utilized by governments and militaries. A particularly inspiring simulator is the San Francisco Bay Model, constructed by the U.S. Army Corps of Engineers in 1956. The model was originally built to test a major engineering plan to build dams throughout the bay. The simulator served as a decision making tool, rendering the plan as a non-viable proposal, and helping to save the bay. As early as the 1930's, flight simulation instruments were developed for training and evaluation. The Link Trainer, a flight simulator produced in 1929, was developed as a tool for teaching pilots how to fly using the most current instruments. The Link flight simulator responded to the pilot's controls and gave an accurate reading on the included instruments.

This history of simulation use in government contexts provided inspiration for the simulator premise in Alternative Unknowns. As a way to bring realism to the experience, the curators references the methods, models and aesthetics found in recent and historical government settings created to simulate and train for specific situations.

Through the exhibition as simulator, Alternative Unknowns explores the value of combining speculative design and government simulation setups as an opportunity to pre-enact an array of wider ranging alternative scenarios, but also to examine the role of speculative systems and equipment in the situations. Applied and participatory speculative design, in the context of government and public service, may have potential to introduce bolder, more imaginative strategies for dealing with critical emerging issues. As seen in many political cycles, politicians with audacious dreams for radically better systems draw strong support. Our public servants on the front line could be empowered by opportunities that encourage active dreaming on the job.

Applied speculative design could be introduced as a common practice in these situations to bolster more visionary approaches to service development and provision. When these government employees collaborate with interdisciplinary groups using futures-oriented methods and tools, they produce visions with the potential to guide strategy and dramatically influence their goals.

It goes without saying that change-making in public service agencies requires much more than speculative opportunities alone, and that the challenges inherent to public service development are manifold. Knowing these challenges exist, this exhibition investigates one approach to crafting thoughtful, deliberate and engaging opportunities for applied participatory speculative design to be deployed with public servants to foster constructive visioning.

Elliott P. Montgomery and Chris Woebken © 2015
Elliott P. Montgomery uses speculative design methods to investigate social and environmental implications of emerging technologies. He teaches design methods at Parsons, The New School for Design, and has practiced as a design consultant for clients such as Autodesk, GE, LG, Honeywell, and J&J, as well as for startups and non-profits. He is a former design research resident at the US Department of Energy, a US Federal Reinvestment Act resident, and 2013 Core77 Design Awards Winner. He holds an MA in Design Interactions from the Royal College of Art in London and a BA in Industrial Design from Carnegie Mellon University in Pittsburgh PA.

Chris Woebken is a German-born artist collaborating with scientists, organizations, and artists to propose new methods and tools for collaboratively prototyping, experiencing, and impacting future scenarios. Chris holds an MA in Design Interactions from the Royal College of Art London and has been a visiting scholar at NYU's Environmental Health Clinic. Recent exhibitions include the Landscape Futures at Nevada Museum of Art Reno, LEAP Berlin Germany, Future Fictions Z33, and the Artefact Festival at STUK Kunstencentrum Leuven Belgium. Chris works and lives in New York.