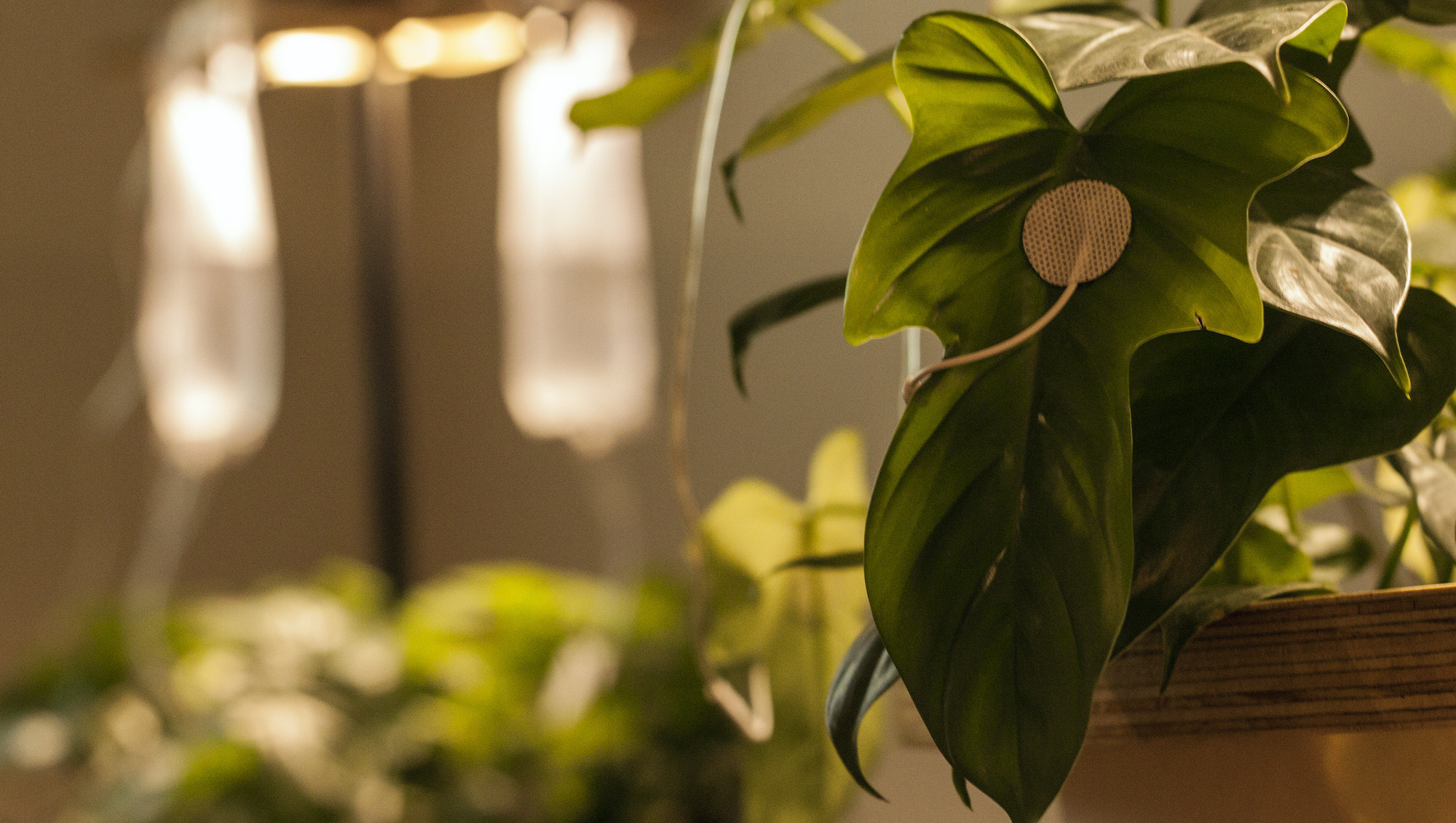 Leslie Garcia, Pulsu(m), 2011-present
x
Trans-
Prefix (Latin):
1. across, beyond, crossing, on the other side: transoceanic,
trans-Siberian, transatlantic
2. so as to change in form or position
3. changing thoroughly: transliterate
4. transcending: to rise above or go beyond; to extend
notably beyond ordinary limits
5. transversely: to transect, cut across

At the turn of the 20th century, Detroit was the heart of the modernization and industrialization of America. As the birthplace of Ford, the assembly line, and the automobile, the ‘Motor City’ changed American life and industry forever. American Historian Thomas J. Sugrue writes, “no technology has had a greater impact on American everyday life than the automobile. Where we live, how we work, how we travel, what our landscape looks like, our environment have all been profoundly shaped by the car,” and that, “no place better demonstrates the social, economic, geographic, and political changes wrought by the automobile industry than Detroit, the Motor City.”1 Fordism, however, not only changed the future of America, but became the symbol of a global future. Social theorist Franco ‘Bifo’ Berardi writes, “On February 20th 1909 Filippo Tommaso Marinetti published the first Futurist Manifesto [in Italy]; in the same year Henry Ford put into operation the first assembly line in his automobile factory in Detroit... The assembly line is the technological system that best defines the age of industrial massification. Thanks to [it] ... the mobilization of social energies is submitted to the goal of the acceleration of labor’s productivity.”2 Fordism was the global model for progress, the symbol of industrialization, and Detroit was its birthplace and center.

Industrial massification. That was progress. A new way of life. The beginning of the 20th century. Industrial massification was the technology that changed agricultural life into industrial urban life, the growth of the metropolis. A progress that changed not only daily life, but the structure of global markets, global societies, where “previously subsistence agricultural land became privatized and dominated by a few large farm producers,”and forced those without land to move from their rural homes to seek work in urban environments.3 The factory replaced the farm as the assembly line replaced the field and plow. Detroit was a major pivot, a catapult, of the social turn from farm life to city life. The industrial city, the era of the machine, and the end of working the soil: such was the 20th century.

In his recent book, After the Future, Berardi reminds us that “the vertiginous zero zero decade has changed our views and our landscape in an astounding way . . . the recent history of the world has been marked by shocking events and surprising reversals.”4 One of those surprising reversals is the return of the farm to the city: the Urban Farm. In the contemporary era of post-Fordism, in which we are fully saturated in techno-communications, in our modes of immaterial labor, looping gifs, the dark internet, sleep-texting, and twitterharassing, the return of the farm to the city is indeed a surprising phenomenon of contemporary social life. And it is happening globally. From the underground ‘office farms’ in Tokyo, to rooftop farms in London and New York, to aquaponic neighborhoods in Lagos, to urban gardens across post-industrial middle-America, such as in Pittsburgh, PA, and Buffalo, NY. And to Detroit ? where the steadily growing urban farming movement is transforming its famous postindustrial landscape into an increasingly green one, and where the world’s largest urban farm recently began production in the spring of 2014. Detroit is once again a city towards which global eyes are focused. As a city that once incubated a new social structure for the 20th century, Detroit has become a stage for possible models of an urban green future for the 21st century.

What, then, of our notion of the future, of urban ‘progress’ ? now?

The answer to this is neither easy nor agreed upon. While some view the return of the farm to the city as a grassroots community effort and a political step towards sharing the commons, others view it as an opportunity for big business and as a new form of public relations for ‘greening’ the image of industrial production. Moreover, while some view urban agriculture as a method to boost the economy or to reinvigorate city land, others view it as a method for creating new sustainable and locally-run modes of urban living ? to reinvigorate not only the land, but the city social life. The polarity does not stop there. While some see the urban farm as a return to the pre-industrial culture of land cultivation, others view it as a method of bringing back established modes of production, a re-invigoration of commercial agriculture within city borders. And though some are interested in the idea of the urban farm as a model for future progress, they are wary of its effectiveness, calling it a return to ‘folkpolitics,’ while others call it the opposite: an attempt to create another assembly line, a new industrialization to come after the commercial land-grabs.

While the debate around the politics of land use and urban farming are multi-layered and divergent, the oscillation between the notion of ‘returning to the land’ and the notion of ‘re-vitalizing’ the post-industrial land seem to, nonetheless, always appear, always re-do.

A third option is also emerging: not the idea of ‘re-vitalizing’, not returning, not ‘re-farming’, but creating an admixture, a ‘trans-farm,’ where the technorati can meet with the neoagrarian. A ‘cyber-agrarian,’ as the blog ‘Farmpunk’ puts it ? “indicating a back-to-the-land perspective that stands apart from past movements because it is heavily informed by conceptual integration in a post-industrial information society?achieved through the combined arts of cybermancy and geomancy.”5 In other words: the old ways of bushcraft and agriculture can be newly combined with modern life in contemporary, decentralized, and creative ways. Thus it is a looking forward to the land, not a looking back to it, that is currently emergent among contemporary urban farm thinkers.

Detroit, as a culturally influential point on the urban-farm map, and as a symbol of incubation for the future, is therefore a fitting place to begin the exploration, or the digging, of ways of imagining the contemporary urban farm as a different type of progress ? not a way of using or merely living upon the land, but a way of creating with it, a way of looking forward.

Trans-Farm is an exploratory exhibit for the work of art in an age of surprising urban reversals, a way to imagine and explore a ‘looking forward to the land.’ By showing art that looks forward and across, that trans-cuts, and imagines with the land, with the farm, with technology, and with urban nature, Detroit will be the place for taking the old farm and old city forward to meet with the future. But it is not for the city itself alone. Trans-Farm takes Detroit as its stage, as a crossroads of the urban farm imaginary, and displays works from local, national, and international artists who do not ‘return to,’ but transverse the natural and the urban ? physically, materially, and conceptually. By not only working with artists who create with, who imagine with and amid elements of the land, but also work in collaboration with local urban farms in Detroit, Trans-Farm operates as a two-fold exhibit. It traverses the indoor urban space and the outdoor farm, mixing the materials of each in both settings. Instead of looking back to former ways, instead of ‘re-farming’ or ‘re-vitalizing’ the urban, Trans-Farm will attempt, as the pre-fix implies, 1) to go across, beyond, to the other side; be transoceanic, trans-Siberian, transatlantic, 2) to change in form or position, 3) to change thoroughly: transliterate, 4) to transcend, rise above, 5) to transverse, transect, cut across.

Here, in the Motor City, the agrarians will meet the cyberpunks, the mushroom artists will meet the plant hackers, the painter will meet the weed-whacker, and the art gallery will meet the farm, in an effort to creatively cultivate a different, a new, organic urbanism.

Yvette Granata is a multi-media artist, film designer, and media scholar. She received her Master of Arts from University of Amsterdam, where she focused her research on media environments and urban aesthetics in the age of crisis. Currently, she is an artistic research PhD candidate in experimental media arts at SUNY Buffalo. Her work takes an interdisciplinary approach to media research that merges practice and theory, integrating film, video, and installation to employ and experiment materially with theoretical concepts, with a focus on contemporary urbanity and socio-political habits. Her film design work has been featured on screens around the world, including Sundance, Tribeca, Rotterdam, Berlinale, SXSW, and CPH:PIX. Her videos and installations have been exhibited internationally.