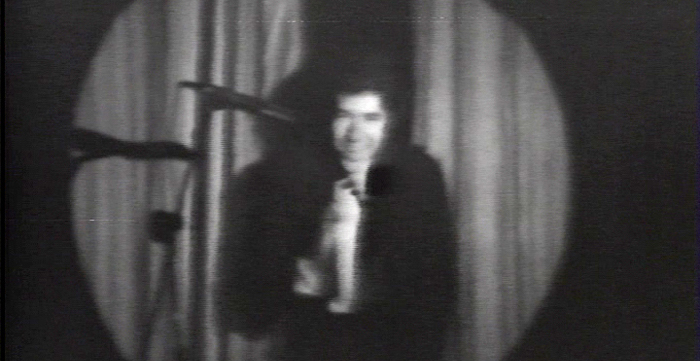 Christian Boltanski, La vie c'est gaie, la vie c'est triste, 1974 (still)
x
What is magical about the [art] object is that it at once invites and resists interpretation. Its artistic worth is measurable by the degree to which it remains, after interpretations, vital – no interpretation or cardiopulmonary push-pull can exhaust or empty it.(1)
- Donald Barthelme

That which first seems so accessible has constantly eluded investigation. It may even be that the domain of laughter is finally - or so it seems to me - a closed domain, so unknown and unknowable is the cause of laughter.(2)
- Georges Bataille

I
In January 1962, an unexplained laughter epidemic began in the town of Kashasha in Tanganyika (now Tanzania) in Central Africa, spanning six months, spreading through the region, and affecting hundreds. The epidemic began with three schoolgirls in a classroom, possibly the result of a joke, and quickly spiralled out of control. Citizens of Kashasha and neighboring towns were unable to stop laughing; they also exhibited other symptoms of anxiety, alternating between laughter and tears, fainting, and experiencing dizzy spells.

The year 1962 marked Tanganyika's independence, and citizens were facing significant change. In this context, the epidemic appears to have been an outbreak of mass hysteria - a Mass Psychogenic Illness, a blanket term for the spread of symptoms of illness among a cohesive group in which the cause is psychological rather than organic.The story prompts consideration of the nature of the laughter, this ubiquitous and seemingly banal action. As Bataille indicates, the cause and effect of laughter is more elusive than one might initially think. What is laughter itself, as an action and a reaction?

II
In the 1982 Dutch feminist cult film A Question of Silence (De stilte rond. Christine M.), the protagonist is Christine M., a housewife on trial along with two other women for killing a male shopkeeper. She does not utter a word throughout the entire film; under the weight of a patriarchal society, she has been immobilized. When, in the film's final courtroom scene, the prosecutor asks, in seriousness, "What if three men had killed a female shopkeeper?" Christine's silence breaks. She erupts in uncontrollable laughter. Her laughter spreads, until all women present in the courtroom are laughing. In this cinematic climax, laughter disrupts the order of patriarchy and the rationality of the law.

In the history of women as laughers, two figures come to the fore: the involuntary actions of the silent, contorted hysteric or the unruliness of the laughing hag. Critical theorist Anca Parvulescu cites two important feminists on women's laughter: [Irigaray]: "If you keep laughing that way, we'll never be able to talk to each other. We'll remain absorbed in their words, violated by them. So let's try to take back some part of our mouth to speak with." Cixous, on the other hand, insists that we linger as we laugh, and not turn to speaking too quickly. Most importantly, once we do speak, we can do so with a mouth that does not distinguish between its laughing and speaking parts.(3) III
Laughter is an undisciplined and disruptive language with a deep history as a mechanism for the subversion of social order. In the medieval-era carnival, for example, laughter and humor were employed by those with less power for temporary gain. From the Russian writer Mikhail Bakhtin:

The Renaissance conception of laughter can be roughly described as follows: Laughter has a deep philosophical meaning, it is one of the essential forms of the truth concerning the world as a whole, concerning history and man; it is a peculiar point of view relative to the world; the world is seen anew, no less (and perhaps more) profoundly than when seen from the serious standpoint. Therefore, laughter is just as admissible in great literature, posing universal problems, as seriousness. Certain essential aspects of the universe are accessible only to laughter.(4)

There is power in laughter, but its potential use as a tool is troubled by its involuntary nature; if laughter cannot be forced, how can it be wielded with purpose? Bataille makes a distinction between laughter as a passionate burst, and laughter for the purpose of gaining power over something or someone. The former, as discussed by Aristotle and Henri Bergson, for Bataille betrays the true meaning of laughter. For him, laughter offers a path to inner experience; it should not be instrumentalized: "I wanted experience to lead where it would, not to lead it to some end point given in advance." With non-knowledge as its principle, Bataille's laughter-as-inner experience, "will solve nothing, it is not a tool or a weapon; one cannot invest in it, put it to work."(6) Laughter in this way is a method of communication with often unexpected results.

IV
The paradox of a laughter that cannot be "put to work" is the inability to theorize it as such, to grasp it, and to parse it. The title of this exhibition refers to the manner in which laughter is represented in a transcription, as a way of pointing to the impossibility or futility of representing laughter and of fully understanding its logic. Philosophers, scientists, and writers have been musing on laughter since Aristotelian times, analyzing facial expressions, varieties of emotion, and the social function of ridicule and mockery. Reading from the many texts on laughter highlights the discrepancy between reading and writing laughter, and the act itself as a physically powerful presence. Laughter is "pure presentation," as Anca Parvulescu puts it; it is communication itself and no text, scientific study, or art object can represent it so purely. Parvulescu asks, "How can language retain the fluidity of laughter?"(7) How can laughter be left to retain its fluidity too, as a passion?

V
In the exhibition, laughter takes a physical (if at times disembodied) form, with a focus on the sounds and faces produced in the act of laughing itself. In the spirit of Barthelme and Bataille, the exhibition exists in the experience of laughter, without seeking to exhaust or necessarily understand its potential. It is structured as a series of bursts, both silent and cacophonous, and sometimes overlapping, and aims to position itself in this moment:

VI
Jacqueline Hoang Nguyen heard the above-mentioned story of the Tanganyika laughter epidemic on an episode of NPR's Radiolab, and it became the conceptual starting point for a research-based project culminating in a 25-channel sound installation, For an Epidemic Resistance (2009). Through her research, Nguyen proposes "that laughter, in its widest sense, can function as an ephemeral collective catharsis and liberator." The artist first conducted experiments with fellow participants in a workshop in Montreal, testing the degree to which laughter is contagious. Each participant was placed in front of a YouTube video of a laughing person - pure laughter, emancipated from comedy, object, or situation. These recordings play from a grid of hanging speakers that approximates rows and alleys of the classroom in which the 1962 epidemic broke out. The presence of the visitor triggers the installation, and the laughters spread throughout.

Anatomie Artistique (2011), a photograph by Althea Thauberger, points to the ways in which women's bodies are read. The platinum print, an in-camera double exposure, shows a model in two overlapping positions: one a "full wheel" from a yoga cycle, and another used in the diagnosis of female hysteria in the late 19th century. The photos are based on drawings by Paul Richer who published the seminal anatomy book for artists, Anatomie Artistique, in 1890. As chief of the laboratory at the Salpêtrière Hospital where he conducted research on hysteria and epilepsy, Richer showed the female figure in postures that were considered diagnostic. Thauberger's doubling of images and poses blurs the distinction between reality and representation, upon which diagnoses of hysteria depended.

In Yoshua Okón's three-channel video installation Canned Laughter (2009), ex-maquiladora workers in Ciudad Juárez, Mexico produce different laughters in a fictitious canned laughter factory.(9) Canned laughter, produced for sitcoms, is the most disembodied of laughters, produced by unseen laughers and later emanating from a television set. In 2003, Slavoj Zizek wrote a short text on canned laughter (titled "Will You Laugh for Me, Please") in which he discusses the unsettling and paradoxical ways in which feelings are externalized, such as when the television laughs for you.(10) The premise of canned laughter throws a wrench in the supposition that laughter is a spontaneous, passionate, and above all, human response. Okón's video installation, featuring underpaid factory workers on the laughter assembly line, raises political and economical issues emergent in the stark contrast between the unruliness of laughter and corporate order.

Stuart Ringholt hosts a Naturist Day at apexart on May 25, featuring an artist talk, a curator's talk, and several Laughter Workshops throughout the afternoon. (All are welcome; all present must be naked). The workshops will be the first New York iteration in a series Ringholt initiated in Kassel, Germany in 2012. Interspersed with discussions of the artist's practice and a curatorial tour, participants in the workshops will work together to produce and experience laughter. The afternoon offers an opportunity to consider how laughter (a corporal language), and an exhibition of laughter, are experienced differently in the nude. Ringholt has hosted many naturist tours and emotion-based workshops and here creates a space in which laughter is generated in a situation of heightened vulnerability and trust.

Kari Cwynar (1985) is a Canadian curator and writer currently based in Amsterdam. With a background in Art History and an interest in language, Cwynar has written about art for numerous magazines and exhibition catalogues, and has held curatorial positions at The Banff Centre and the National Gallery of Canada. She is a participant in the 2012-2013 de Appel Curatorial Programme, and recently co-curated the group exhibition Bourgeois Leftovers at de Appel arts centre, Amsterdam. 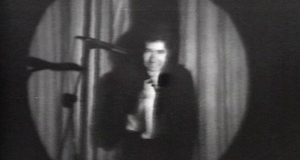