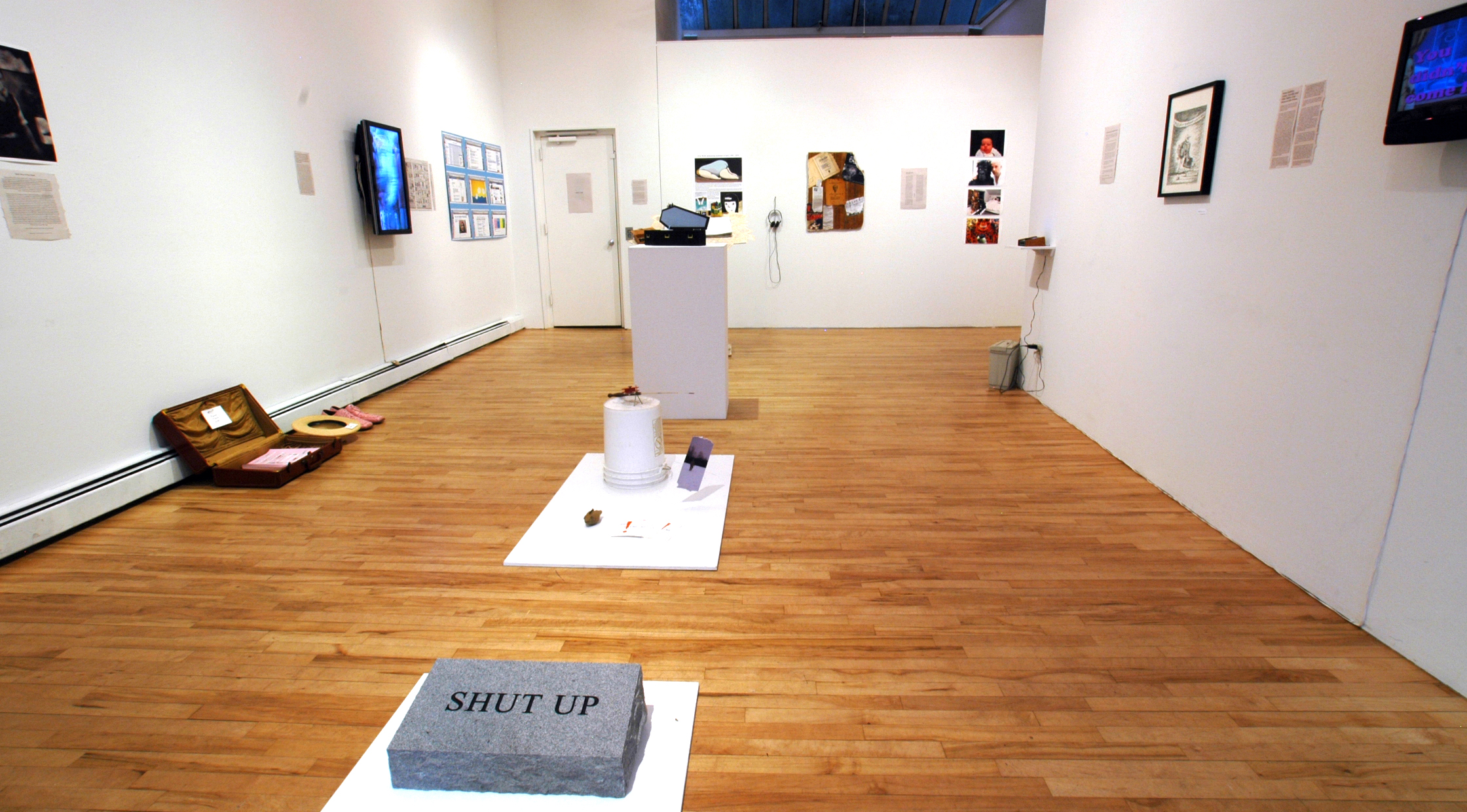 Let It End Like This, installation view.
x
No one I've loved has ever died. That was the unofficial starting point, in July of 2010, for Let It End Like This. That truth has made death—which I've been fascinated by (my own and others) as far back as my catalogue of thoughts go—a surprisingly safe place for my mind to explore and consider.

Over and over, in my youth and in my adult life, I've challenged myself to answer and re-answer questions about what death means (if there's any meaning at all). I've hunted down media to vitalize the conversation in my skull: Six Feet Under is my all-time favorite television show. Waking the Dead (based on a novel by Scott Spencer) is my favorite film. And then there's my own fiction, where I've always, in some way, written about death. Short stories about suicides when I was young and incapable, car accidents wiping out all but one member of a family when I had outgrown adolescence, and now stories and novels where ghosts interact with the living like they'd never gone away in the first place. My mom has always hated my writing about death, even asked me a few years ago, ?Why don't you write about something other than people dying?!? And she'd asked me the same thing a few years before that.

Three years ago, a version of Let It End Like This was bubbling in my brain. While editing an upcoming issue of Opium Magazine, I asked several writers that we'd accepted for publication to send their bios in the form of obituaries. The idea was that this particular issue of Opium would be from the future, and these stories were the ones that made them famous, but now they were all dead. Or something like that. The idea never took full shape—it was near-impossible to properly explain—plus, I was anxious that these writers might not like the idea of me killing them off. But then the invite to curate this show landed in my email inbox.

I then invited people whose work I deeply admire—writers, artists, musicians, directors, uncategorizable geniuses, and my mom—to join in a conversation that, for so long, I was having with only myself and the pages of my unpublished manuscripts. The guidelines I sent out were: "create your obituary."

When asked for specifics I wrote back, "Do whatever you want."

Some said no outright. That it was too creepy, that it was a bad omen, that it was bad luck, that they just couldn't take it on. Superstition is a powerful force when it comes to announcing and creating your death—a force strong enough to mute the fact that you'd be creating your life, as well.


The idea of living people writing their obituaries, well ahead of their deaths, seemed to me like such an odd, provocative and an ironically life-affirming challenge. Death as amusement, as a will-it-ever-really-happen-to-me? fascination. Maybe even a way of taking control of the eventually uncontrollable. If you could name your future, what would you decide? And who are you within that deciding — facetious, realistic, boastful, sarcastic, aspirational, blunt, elusive, forthcoming, delusional. As interested as I was about the process of contributors considering their death, and thus considering their life, I was as interested to discover what one announces to the public. Do you admit the capturing of a life-long dream (say, the winning of the Pulitzer Prize)? And what about fears and failures? How far away does one steer from a failed destiny, a tragic end, nursing homes, loneliness, outliving friends, or a horrific death. I presented it lightly, but I knew it was a dark and subversive challenge.

And then the bold work started rolling in, these people spelling out their future's fiction with care, depth, wit, and woe. Author Ben Fountain created a small coffin filled with pictures of his life. Comedian Jena Friedman produced a video in which she interviews people on the street, asking if they remember the comedian Jena Friedman. John "Chickenjohn" Rinaldi asked friends, enemies, stalkers, fans, and family members that he hadn't spoken to for over a decade, to write what they really thought about him in a book (which he promised not to read). Such a wild and diverse range, and in came more work that made brilliant pronouncements that each choice is a...and then my mom died.

In late-August, I had asked my mother, 71, to write her obituary as part of this show. My mom, who always wanted me to wear a suit to work, who always said I needed to get my hair cut, emailed (surprisingly not in ALL CAPS), "Well I guess I can. What would I write about, I know a lot about the past but who knows what the future holds for anyone? It does sound weird, but I understand the reality of it. I will copy this email & put it in my book with the bills & that way it won't get lost."

A few days after her death, my sister emailed me and said she had found something mom had written for this show. What arrived in my inbox was an obituary that, certainly, was just the beginning, but in two sentences, she had somehow comprised something substantial: "After 71 years I have come to learn nothing past today is for certain." and "I remember being 5 & how happy I was my father got a dog. We moved to a house in a very nice part of St. Louis, Mo. Of course I did not realize that at the time, but now know how lucky I was."

In the days following her passing, I have come to discover that I have not, for all these years been simply writing, puzzling, and considering death. I have been writing, puzzling, and considering, over and over, her death. All of it a weak plea to create some kind of buffer of understanding, to brace myself against the moment of her dying, to prepare myself for a life without her.

With her passing, the entire meaning of Let It End Like This changed for me. Instead of continuing to lightly trespass the boundaries between life and death, gleefully collecting stars to create artifacts of anticipated ends, every single aspect of my life felt rich with meaning, my surroundings moving in a strange, underwater-slow motion. When Pancho Villa died, he reportedly said, "Don't let it end like this. Tell them I said something." Well, end how, then? And say what? My mother passed, wordlessly, surrounded by all eight of her children. I held her hand until the end, and well after.

The question, I guess, is how do we measure our lives if not against the fact that they'll end? We don't, I don't think. We can't. We don't get to. And yet, with Let It End Like This, sort of.

I don't know exactly what this show is, in the end. Death is so different to so many different people, but at it's plainest: someone is there, and then the next instant they are nowhere. Or at best, they are somewhere else. And the ultimate question isn't when you'll go, it's: "Am I living the life I want?" Because you get one, (hopefully) long, shot — and man, oh, man, is that clock ticking. 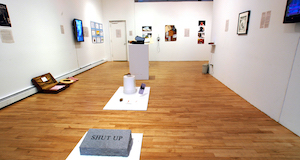