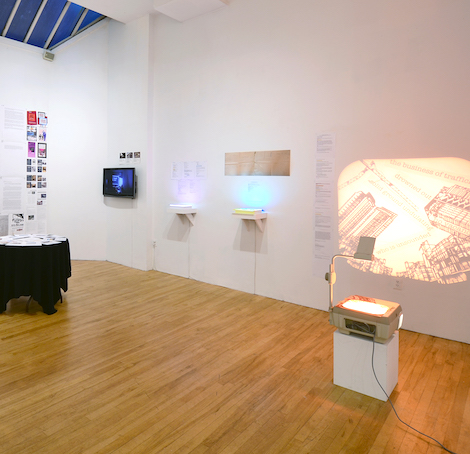 In conjunction with Imagining De-Gentrified Futures

In this reading group, we will explore ideas, texts, media and materials that expand on exhibition themes.

Real estate developers, extractive industries and government agencies put forth a false narrative that depicts gentrification as “inevitable” and a “natural” part of urban evolution. But historical and recent uprisings against gentrification and racialized capitalism provide a counter narrative. Guest speaker, Sam Stein, author of "Capital City: Gentrification and the Real Estate State" will discuss his book and the insidious role that government plays in pushing public policy that supports luxury development that displace working people.

The discussion will be moderated by curator Betty Yu.

Samuel Stein is a policy analyst and a writer living and working in New York City. His work focuses on the politics of urban planning, with an emphasis on housing, labor, real estate, and gentrification in New York City. In 2019, Verso published his first book, Capital City: Gentrification and the Real Estate State. He is a member of the steering committee for the Planners Network, the organization of progressive planning.