FOOT NOTES: On the Sensations of Tone 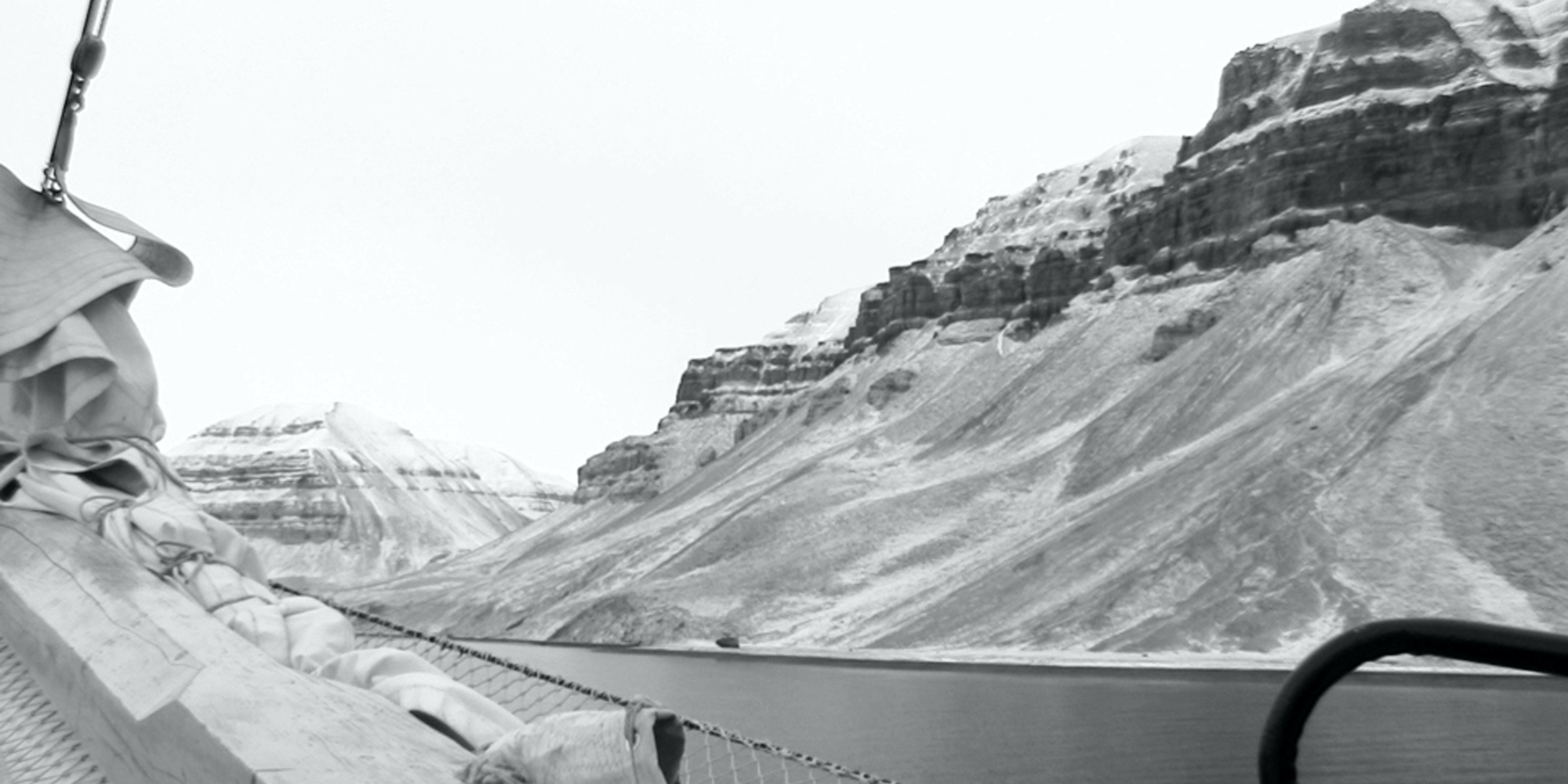 Ed Osborn, Long Approach, 2012 (video still)
x
"We perceive that generally, a noise is accompanied by a rapid alternation of different kinds of sensations of sound. Think, for example, of the rattling of a carriage over granite paving stones, the splashing or seething of a waterfall or of the waves of the sea..."(1)

Contemporary musicians and sound artists are indebted to the 19th century German physicist Hermann von Helmholtz (1821-1894), who authored the quote above in his significant publication On the Sensations of Tone as a Physiological Basis for the Theory of Music (1862). He explored the mathematical, physiological, and perceptual effects of sound and through these investigations he designed resonators and sirens that isolated sounds in space. Rather than the imagined harmonies between celestial bodies proposed by German astronomer Johannes Kepler in the 17th century, this research presented composers with a pragmatic and scientific approach to sound. Consequently, sounds from multiple sources beyond musical instruments entered the canon. French composer Eric Satie, for example, scored typewriters into his ballet La Parade (1917). Composer Edgar Varèse discovered Helmholtz's music theory in 1905 and later declared, "Helmholtz was the first person to make me perceive music as being a mass of sounds evolving in space, rather than an ordered series of notes."(2)

This revelation was the impetus for artists, poets, and musicians at the beginning of the 20th century to assimilate and re-present both natural and urban noises within their compositions. Zang Tumb Tumb (1912), the poem by Italian Futurist Filippo Tommaso Marinetti, celebrated the mechanical noises of war. The French composer Olivier Messiaen specifically transposed his acute observations and recordings of bird songs into compositions from the 1950s including Le Merle noir (The Blackbird) and the Catalogue d'oiseaux (Bird Catalogue). One of his students, Greek architect/engineer Iannis Xenakis, likewise wove environmental utterances such as thunderstorms and lightning with mathematical principles into electroacoustic compositions. In support of Greenpeace, he even transposed the call of the whale in Pour les Baleines (For the Whales) (1982). Today, actual aural experiences continue to be captured, recorded, and transformed into soundscapes, phonography, and acoustic ecology, examples of which are presented in this exhibition by a small selection of visual artists, writers, musicians, and composers, whose disciplines becomes blurred in this field. The exhibition offers a blend of aesthetic and scientific knowledge that may provide a deeper understanding of how sound affects our comprehension of the environment.

Beluga whales became the participants David Rothenberg summoned to perform in his interactive call-and-response project Thousand Mile Song (2006). For this he undertook playing a clarinet from a boat on the White Sea, Karelia, Russia, in an attempt to jam with these whales of the wild Arctic region. He unwittingly expanded upon the Litany for the Whale (1980) that John Cage performed with unaccompanied vocalists who chanted pitches and sounds that corresponded to the letters of the word "whale," evoking their song. Birds, as with Messiaen, have also been the subjects of Rothenberg's research. He engages them in concert, playing with them and to them in their natural setting. Rothenberg's publication Why Birds Sing (2006) reflects his extensive acoustic ecological research on these interactions. Cicadas recently became the passionate contributors to his song cycles as he engaged them in performances after their 17-year slumber. In this instance, think of the haiku poet Bashõ(3) (1644 - 1694):

The shell of the cicada:
It sang itself
Utterly away.

Field recordings have proliferated in recent years due to the availability and portability of high quality recording equipment, enticing more and more composers and artists to take their studios to the edge of the wilds or down the street. Consequently, auditory mapping has become a realistic option by charting a journey through sound. The composer Annea Lockwood is a pioneer in this realm who produces extraordinary examples of paths she travelled along rivers such as A Sound Map of the Danube (2005) and A Sound Map of the Housatonic River (2010). Her sound maps immerse the listener in the sounds of the river's passage from headwaters to estuary, from mellifluous trickling flows to cacophonous turbulent rapids. This alternative mapping technique parallels the meticulous observations of the artist-come-mapmaker Tim Robinson who charts his home base of Connemara, Ireland. The native Irish-Gaelic language informs his graphic description of the topography where subtle nuances of the land, sea, and rivers are given a renewed presence. His description could apply to the sonic journeys of Lockwood: "Beyond the tamhnóg the stream gathers itself together again, and even where invisible it becomes increasingly audible, flinging itself onwards as if rejoicing in its name, the Róig, the attack or onrush."(4)

Echoes of an oneiric voyage in a schooner to the Artic Circle are evoked in Long Approach (2012), a black and white video by Ed Osborn, a postscript to an expedition he undertook in 2011. Silence is framed by the gentle lapping and splashing of the sea on the hull of the vessel, which slowly, oh so slowly, glides through the freezing waters. White meets white as the ship rotates gradually with furled white sails trimmed in the rigging toward the snow-clad mountain. A single breath appears to propel the ship as it cuts through the wine dark sea. The subtlety of action is echoed in the subtlety of sound, and we are compelled to measure our heartbeat in this pensive atmosphere. Perhaps the craft carries a lifeless crew after the Ancient Mariner had committed his heinous crime against the albatross; he was subjected to his penance drifting, "Day after day, day after day, We stuck, nor breath nor motion."(5)

Another international venture is built with field recordings, the source of the raw unedited audio-visual postcards or Miniature Landscape Correspondences (2013), a collaborative project between Una Lee in South Korea and Chris H. Lynn in the United States. This again relies on a two-way call-and-response process of on-site audio recordings, coupled with a steady visual and audio rhythm. These reflect the direct experience of the everyday from each vantage point of the correspondent. The unassuming public spaces are captured to relay an intimate association for a private missive between friends. Short, without text, just two video shots with recording of urban or natural sites, no narrative or texts are recorded; it is purely the transmission of an atmosphere by each party. Here, poetic moments of image and sound convey all. Initially, current social networking sound bytes are conjured up with these very short audio visual videos, however they more closely resemble 19th century epistles between fellow poets. Once again the ruminations of Coleridge come to mind in which his communiqués transform his reader through poetic verse.

Another collaboration features the premier British field-recording artist Chris Watson and writer of the wilds Robert Macfarlane. Their audio narrative The Sea Road (2012) is a 12" LP vinyl record that blends spoken word and the natural sounds of another sea voyage that was recorded on the Jubilee, a half-sgoth or fishing skiff, en-route to a rock Sula Sgeir in the Atlantic, 20 miles off the coast of Lewis, Scotland, and site of the annual guga (young gannet) hunt. Macfarlane was a crewmember on this special celebratory journey retracing the boat's hunts of years gone by. His recorded voice punctuates the soundscape of winds, waves, and wailing birds, weaving sonic waves and invoking the spirits of ancient mariners and hunters of birds. The recording captures the atmosphere, the "mood, tone, or texture" of the moment as Macfarlane notes in his Old Ways: A Journey on Foot (2013), transforming the listener along this distant historic sea path.

The disciplines that have emerged since Helmholtz's research include bio-musicology that formalizes thinking about the biological origins of music or even language. Another notable collaboration between George Quasha and Chuck Stein has been engaged for decades in linguistic/musical/poetic dialogues. They indulge in what they call "axial music and liminal languaging" performances where language is not narrative or descriptive but dissolves into what can only be described as pre-linguistic utterances. Babble but not babble evokes the origins of language, all accompanied by percussive rhythms. The primal cries of both the human and animal kingdom are brought to the surface. Their sonic correspondences weave into a transformative resonance that draws out the physiological and perception effects of sound and language.

Alastair Noble is an environmental/installation artist and printmaker from the UK, now based in New York City. His artistic practice is a response to architecture and the natural environment and reflects on particular sites in the context of poetry and literature. In May 2014 he was an artist-in-residence at the Marsh-Billings-Rockefeller National Historical Park in Woodstock, Vermont. Alastair's artistic career spans 30 years with exhibitions and residencies in the UK, Peru, Chile, Bulgaria, and Italy. He has taught and lectured at numerous colleges, universities, and public institutions, and has curated exhibitions and organized symposiums on art, poetry, and the environment. His essays, articles, and reviews on art and architecture have also appeared in national and international publications. 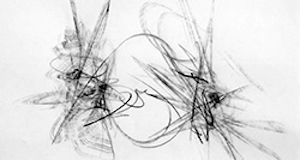