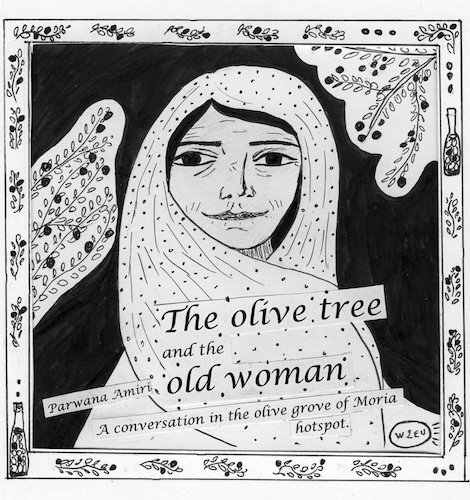 In conjunction with "My Pen Won't Break, But Borders Will"

Join us in discussion with Parwana Amiri, Afghan activist based in Germany who wrote extensively about her experiences at some of the most horrific refugee camps in the EU, together with Geert Ates, representative of the "UNITED List of Refugee Deaths", and Marily Stroux, long-time activist for the Greek-based w2eu blog and "No One is Illegal", who first met Parwana when she arrived on the island with her family.

Parwana Amiri, born in 2004 in Herat province in Afghanistan, is an author, blogger, political activist and teacher. During her time on Lesvos, she began writing the blog "Letter to the World from Moria." She has since written many books and articles, like "The Olive Tree and the Old Woman".
@parwanaamiriofficial

Geert Ates is the campaign coordinator and Director of the "UNITED List of Refugee Deaths" in their Amsterdam office.

Marily Stroux is a photographer who lives in Hamburg. Since the 1980s, she has accompanied everyday life and the numerous urban political struggles there with her camera. In recent years, she has worked primarily with families on the run, for example in the Moria refugee camp on the Greek island of Lesbos.