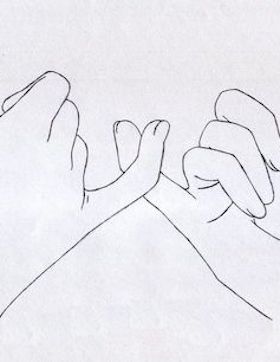 At apexart's Double Take reading series, poets, novelists, editors, and artists are invited to create and share an original work in response to a single, open-ended prompt, in this instance: Promise. As a result, apexart audiences experience a one-of-a-kind evening of stories and reflections.

This event is free and open to the public. RSVP encouraged.

Rich Blint is Assistant Professor of Literature in the Department of Literary Studies, and Director of the Undergraduate Concentration in Race and Ethnicity at the Eugene Lang College of Liberal Arts, The New School. A writer and editor, Rich is at work on two books including, A Radical Interiority: James Baldwin and the Personified Self in Modern American Culture.


Heather Chaplin is a Brooklyn-based author and journalist. She is an associate professor and founding director of Journalism + Design at The New School and the recipient of more than $2 million in journalism innovation grants. Her latest book, Reckless Years, A Diary of Love and Madness, was published by Simon & Schuster in July 2017. In addition, she is a columnist for the Columbia Journalism Review and co-host of the podcast Tricky. She is currently working on a novel that takes place at Versailles in the mid-17th century.


Lonely Christopher is the author of the poetry collections Death & Disaster Series and The Resignation, the short story collection The Mechanics of Homosexual Intercourse, and the novel THERE. His plays have been presented in Canada, China, and the United States. His film credits include several international shorts and the feature MOM, which he wrote and directed.


Jibade-Khalil Huffman is an artist and the author of three books of poems, “19 Names For Our Band” (Fence, 2008), “James Brown is Dead” (Future Plan and Program, 2011) and “Sleeper Hold” (Fence, 2015). In 2017 he collaborated with the artist Daniel Gordon on a suite of prose poems published in conjunction with Gordon's monograph, "Intermissions." His recent and forthcoming exhibitions and performances include MoCA Cleveland, The Kitchen, Ballroom Marfa, Kadist, Atlanta Contemporary, the Hammer Museum, MOCA Detroit, Portland Institute of Contemporary Art, The Jewish Museum, Institute of Contemporary Art Philadelphia, The Studio Museum in Harlem and Swiss Institute. Huffman was a 2015-16 Artist in Residence at the Studio Museum in Harlem and lives and works in Philadelphia and Los Angeles.


Albert Mobilio is the recipient of a Whiting Award, a MacDowell Fellowship, and an Andy Warhol Foundation Arts Writers Grant. His work has appeared in Harper's, Hambone, Black Clock, BOMB, Cabinet, Open City, Paris Review Daily, and Tin House. Books of poetry include Bendable Siege, The Geographics, Me with Animal Towering, and Touch Wood. A book of fiction, Games and Stunts, has just been published by Black Square Editions. He is an assistant professor of literary studies at the New School's Eugene Lang College, an editor at Hyperallergic Weekend, and a frequent contributor to Bookforum.