Space Between Our Fingers

Ali Cherri, Pipe Dreams, 2011
x
Walking through Beirut, I noticed a recurrent symbol sprayed fuzzily on underpasses and public walls: a cedar tree on the moon, hugged by a rocket in flight, emblazoned with the words BELIEVE IT. The image is from a project by Khalil Joreige and Joana Hadjithomas, who resurrected the forgotten story of 1960s Lebanese space exploration. Reflecting upon the cedar-moon, interested in alternative narratives to twentieth century space-races, I began researching other artists whose work tapped into imagery of outer space.

Space Between Our Fingers
is the result. The exhibition explores social and political ideas surrounding outer space and science fiction as imagined and challenged by artists across the Middle East, from Algeria to Pakistan. A constellation exhibition of seven artists in five venues, its experience is stretched across time and space, forging an active relationship between these sites and the urban context of Beirut.

On the surface the artworks engage the worlds of fantasy and dreaming, harnessing the universal appeal of space exploration and the speculative potential of science fiction. At the same time, the exhibition reveals the ways in which artists are using such ideas as catalysts for the critical articulation of urgent questions on earth. In their hands, outer space is a vehicle for reflection upon legacies of colonialism, formulations of history, the militarization of space, and the intersection of landscape and politics.

For me, the exhibition?s urgency derives from the distance between space in the popular imagination ? a realm that belongs to the Western male, historically dominated by Russian-American rivalry, and increasingly colonized by commercial technology ? and the Middle East as region and people. The Middle East is rarely imagined to have participated in the space-boom of the 1960s (a fact Joreige and Hadjithomas? work tackles); on the contrary, the landscape of the region is frequently treated as Other, as alien, as apocalyptic non-space, its deserts and hills the backdrop to films of strange and threatening worlds. The work of the artists in this exhibition is compelling, therefore, in their use of the iconography of outer space to criticize such paradigms, question related socio-political issues, and embrace speculation.

At the venue The Hangar, Joreige and Hadjithomas? Golden Record, 2011 ? an element of The Lebanese Rocket Society project ? is installed. The piece derives from the belief that the Society?s scientists installed radio transmitters in the heads of their cedar rockets, broadcasting messages such as, ?long live Lebanon!? In this installation, the artists use archival sounds from the 1960s to build a portrait of Beirut from this time, blurring it with the Beirut of today. The virtuality of the piece itself hints at the instability of history, its physicality is elusive ? the record, both historical and musical, is all surface.

Ali Cherri?s Pipe Dreams makes us witness to a historic phone call between the first Syrian cosmonaut in space and President Hafez al-Assad, from the late 1980s. Overlaying this moment of political self-fashioning is YouTube footage of statues of Hafez being torn down across the country at the start of the Syrian civil war. The latter was ordered by Bashar al-Assad to avoid the humiliation of having such monuments lavishly destroyed in full view of the media. The work thus brings into one space two times: one of aspirational fantasy on the part of Syrian politics, and one of contemporary fear of the media and its potential to undermine authority. Cherri thus unpicks the notion of monumentality and the (un)making of reputation.

Situated in The Hangar, both works are brought into productive tension with local dynamics, as The Hangar is located in a predominantly Shi?a area of Beirut?s dahiya, controlled by Hezbollah, which supports the Assad regime in Syria. The work is accompanied by elements of The Hangar?s archive and projects on memory in Lebanon and Syria.

Nestled in Ashkal Alwan?s Library in the east of the city is a new commission from Pakistani artist Mehreen Murtaza. Generated from time spent in the city of Karachi, Pakistan, and the perception Murtaza had of its similarity to Beirut, the work combines strands of her research into space junk and ?probes,? and the tension between the man-made and organic nature of metals and their chemistry. Murtaza?s recent work has involved planting UFOs in industrial environments to open up seams within their space and time. By embedding such pieces in the earth, she creates oxymoronic future-fossils, part of her breakdown of science fiction as creative form.

Alongside Murtaza, Ala Ebtekar?s Tunnel in the Sky also engages with science fiction. Ebtekar is an Iranian artist based in San Francisco, who sets inky monoprints over copies of Robert Heimlein?s 1955 sci-fi novels, obscuring the literary page by flooding it with stars and sky. The curlicued mount over each print echoes the shapes of Persian miniature paintings, whose scale invites intense intimacy. The reference to manuscripts creates a connection between the fictive work of Persian literature and contemporary science fiction, just as Murtaza makes a dynamic connection between historical source and contemporary invention. Murtaza?s tendency to bury and half-hide chimes with Ebtekar?s use of visual language to obscure the written word.

In Hamra, West Beirut, Larissa Sansour and Jananne al-Ani?s work address themes of territory, surveillance, and perception. Sansour?s A Space Exodus mimics the 2001: A Space Odyssey scene in which man plants a USA flag on the moon. The film, however, does more than re-stage this: on the one hand Sansour claims for Palestine ? a nation denied territorial sovereignty on Earth ? a physical homeland in space. On the other, Sansour questions the very nature of such imagery: its imaginary character defined by the cinematic production of Hollywood and its gendered, masculine form, is here challenged bodily by the artist as a Palestinian woman. The space of the moon as alternative site for Palestinian territory is not without ambiguities ? Sansour hints at the marginalization of the Palestinian as Other, not only in terms of landscape, but as a form of alien.

Al-Ani?s Shadow Sites II photographic stills speak interestingly to A Space Exodus, as al-Ani counters simplistic understandings of Middle Eastern landscape as barren, empty, and lifeless. For Shadow Sites II, al-Ani travelled across Jordanian airspace, photographing the landscape as articulated by shadows at dawn. The images reveal the presence of ancient structures alongside contemporary military infrastructure, and the crisp aesthetic of the photographs hint at the gaze of the satellite ? and the colonization of space for surveillance.

At the Arab Image Foundation, Fayçal Baghriche?s mural Elective Purification is inspired by a children?s encyclopedia imagery of the flags of the world. Reproduced on a wall at large scale, Baghriche has drained the flags of their backgrounds, leaving only their stars swimming on ambiguous blue ground. Certain elements of this global political constellation are recognizable ? the USA, New Zealand, and Israel using stars most obviously ? but the ultimate effect is of illegibility. The work disrupts notions of borders and limits, reimagining the political realm on earth as a loose constellation in space.

Baghriche?s work critiques the visual language of international government, setting the reductive iconography of flags in the vast, democratizing openness of space. Drawn from the Arab Image Foundation?s collection, Assad Jradi?s archival photographs of Lebanese space rocket launches will sit in conversation with Elective Purification. Jradi?s 1960s images miss their rocket-subjects entirely, capturing only their smoke. For Jradi these are failed images, which sit ? like Baghriche?s work ? in the liminal space between the legible and immaterial. Interestingly, Jradi?s photographs constituted the starting point for Joreige and Hadjithomas? Lebanese Rocket Society project, bringing the exhibition full circle.

The curatorial structure of the exhibition is the creative result of struggles with Beirut?s art infrastructure. With no government support for the arts in Lebanon, few museums (though many in the pipeline), and a growing commercial art scene, finding a sizeable non-profit venue for the exhibition proved difficult. Instead, dynamic collaboration with multiple non-profit spaces, of varied identities, has given rise to exciting possibilities. The works aim to relate to the spaces/collections/archives in which they sit, and to invite visitors to spend extended time with two works in conversation at each space. Scattered across Beirut, Space Between Our Fingers offers multiple routes through the exhibition and is accompanied by a multi-faceted public program.

Just as the cedar on the moon pervades the public spaces of Beirut, the exhibition brings together artists for whom outer space is operating as a powerful site for the proposal of alternatives ? not just to spatial polemics on earth, but to strategies of historiography. Inherently liminal, subject to transformed laws of physics, space is a site of radical potential. So, too, is art interrogating and playing with questions of place and placelessness, identity and its absence, history and its writing, throughout the region, in the very skin of its cities.

Special thanks are due to Christine Tohme for her support and inspiration ? the constellation form is her idea.

Many thanks to the artists and the Assad Jradi estate; Rima Mokaiesh, Reem Akl and all the team at Arab Image Foundation; Monika Borgmann and Zeina Assaf at UMAM; Ghassan Maasri and Sandra Iche of Mansion; Garine Aivazian, Monica Basbous and the team at Ashkal Alwan; Bettina Reinisch, Sara Sukhun, Nicolas Farah, Mohamad Atab, Nadim Deaibes, Lynn Kodeih, Waad Amer, and to the Association for the Promotion and Exhibition of Arts in Lebanon for funding our educational program.

Rachel Dedman (b.1989, London) is an independent curator and writer based in Beirut, Lebanon. Rachel is currently curating an exhibition for the Palestinian Museum (Birzeit, West Bank) on Palestinian embroidery, and is Curator-in-Residence at 98weeks (Beirut, Lebanon). She is working on writing and editorial projects with The Mosaic Rooms, Ashkal Alwan, and the Association for the Promotion and Exhibition of Arts in Lebanon. Rachel has been published by Ibraaz, Culture+Conflict, ArtDiscover and theJournal of Art Historiography, and holds a First-class degree in the History of Art from St. John's College, Oxford. Rachel was the Von Clemm Fellow at Harvard University, 2012-13, where she specialized in contemporary art from the Middle-East, and was a participant of Ashkal Alwan's Home Workspace Program, 2013-14, in Beirut. Rachel was recently awarded a scholarship by Independent Curators International to attend their Curatorial Intensive in Moscow, and a Getty Grant to join CiMAM's 2014 Museum Conference in Doha. 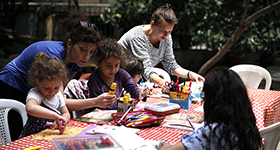 If you could live on another Planet 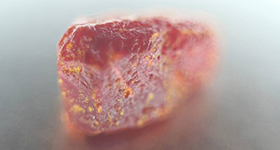 Vartan Avakian on Collapsing Clouds of Gas and Dust