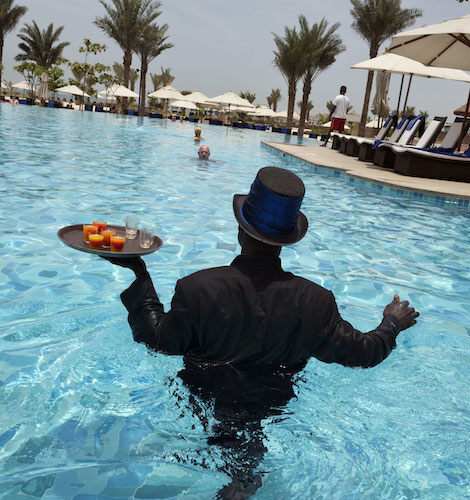 Documenting Workers in the Arabian Gulf

In conjunction with Kafala: Migrant Labor in the Arabian Peninsula

Join curator Clark Clark moderate an online panel discussion with selected artists who have documented workers and their conditions in the UAE and Qatar.

Aparna Jayakumar is an independent editorial and commercial photographer based in India. She collaborated with artist Khalid Albaih on Doha Fashion Fridays when she lived in Qatar.

Jonas Bendiksen is a Norwegian photographer whose most recent book, The Last Testament, 2017 focuses on people who claim to be the Second Coming of Christ. He is part of Magnum Photos and works with National Geographic Magazine.

Molly Crabapple is an artist and writer based in New York. She is the author of two books, Drawing Blood and Brothers of the Gun with Marwan Hisham.

Matt Greco is an artist and educator living and working in Brooklyn NY. He received his MFA from Queens College CUNY and is an Assistant Professor of Photography & Imaging at Queens College CUNY. He is also the Co-founder and Director of The Klapper Digital Imaging Laboratory in CUNY.

Dr. Gregory Sholette is a NYC-based artist, writer, and activist whose forthcoming book, The Art of Activism and The Activism of Art, focuses on issues of collective cultural labor, protest culture, and counter-historical representation. Sholette holds a Ph.D. from the University of Amsterdam, is a graduate of the Whitney Independent Studies Program, UCSD, Cooper Union, and co-director with Chloë Bass of Social Practice CUNY, a new social justice initiative.

Clark Clark is an interdisciplinary artist, activist, and an assistant professor of art and graphic design from Minneapolis, Minnesota. He earned an MFA from Brooklyn College and a BFA from Webster University. His latest creative work includes photographing stray cats in the Middle East and painting vibrant geometrical abstract murals.