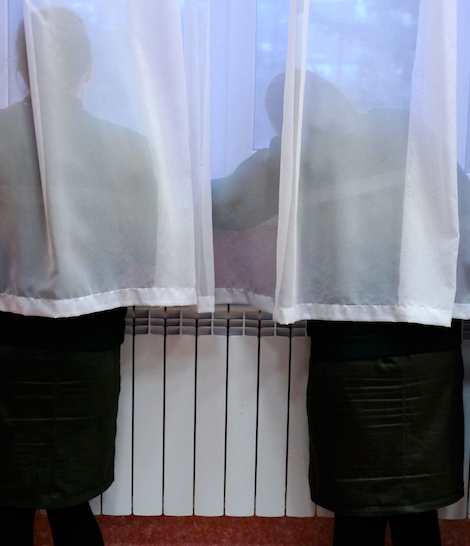 In conjunction with Voicing the Silence

This performative reading of the script Captured Bodies is based on the diaries of former female juvenile prisoners in Russia. The script is a reconstruction of a documentary play, which was created and staged by the artist in collaboration with the young inmates. It was inspired by their personal stories, in-depth interviews, and questionnaires. By addressing the construction of social norms and deviations, the work focuses on the impact of the penitentiary system upon the behavior and self-expression of youth who have been captured by it.

Natalya Nikulenkova (b.1987, Nizhny Novgorod), artist, activist, and documentary filmmaker based in Moscow. In her projects she researches socially engaged practices in urban contexts and combines activist practices with artistic expression. She has been educated in different governmental and self-organized contemporary art schools in Russia: Rodchenko School of Photography and Multimedia Art (2014-2021), “Baza” Institute of Contemporary Art (2016-2018), School of Engagement Art of “Chto Delat group” (2013-2014). Nataya Nukulenkova participated in the 5th Moscow International Biennale of Young (2015) and in Manifesta 10 in St Petersburg (2014). She took part in several research programs and participated in the following workshops: Web documentary workshop "Everyone's Personal Business" ("Memorial", Moscow, 2015), Harun Farocki workshop "Working with one plan in 2 minutes" (Moscow, 2013), Research Project "Architecture of Soviet Modernism 1955-85" (Moscow, 2014-2015), the research project "Invisible Labor" (on the platform of the media Krytyka Polityczna, Kyiv, 2018), Labor studies research school (Doxa/Stadis, Moscow Higher School of Economics, Center for Contemporary Political Studies ION RANHIGS, Laboratory of Public Sociology, Moscow, 2020). Nataya is a winner of the grant program established by the Garage Museum of Contemporary Art for artists working in the field of contemporary art - 2020/2021.