We received 512 eligible proposals from 64 countries, which were voted on by an international panel of over 400 jurors. Jurors were asked to read at least 50 anonymous proposals. Over 14,000 votes were cast to determine the winning proposals. Above is a ranking of all submitted proposals in order of highest total score. Proposals with the same total score share place positions and are ranked with the same number.

The four highest ranking proposals were submitted by: Liz Faust (Elongated Shadows), Katarzyna Falęcka (Beyond Metaphor: Women and War), Elizabeth S. Hawley (Native Feminisms), and Earl of Bushwick (Queer-y-ing the Arab: The Canary in the Freedom Mine). The NYC Open Call accepts ideas for group exhibitions to be presented at apexart, 291 Church Street, in New York City. The organizers of the four highest-ranked proposals will receive curatorial honorariums, funding for their exhibitions, and funding for exhibition-related public programming. 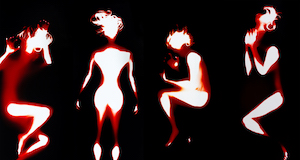 Timed to commemorate the 75th anniversary of the bombings in Hiroshima and Nagasaki, this exhibition presents works that address nuclear war. Examining viewpoints of both American bombers/scientists and Japanese victims, featured works expand the conversation on the impact of nuclear bombs and reflect on issues of forgiveness, identity, and heritage.

Beyond Metaphor: Women and War 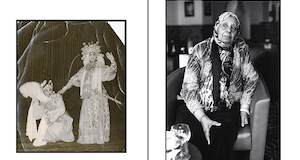 Histories of decolonization often cast women either as victims of colonial aggression or as heroines participating in nationalist struggles. Moving beyond this dichotomous view, this exhibition showcases lens-based works which address both the spectacular and the mundane experiences of women during the Algerian War of Independence, the 7-year war that ended French colonial rule in Algeria.

Drawing inspiration from the entwined history of women’s rights movements and indigenous rights movements in the United States, this exhibition presents the works of contemporary American Indian artists whose practices address urgent intersectional issues such as matrilineal traditions, indigenous futurisms, ecocriticism, land and water rights, survivance, and the fight for sovereignty.

Queer-y-ing the Arab: The Canary in the Freedom Mine

submitted by: Earl of Bushwick 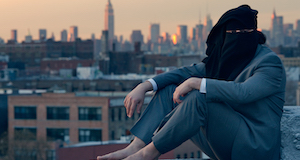 Arab culture has always had a queer component. In the last century, this queerness has been increasingly suppressed, challenged and blamed on “Western” influence. This exhibition aims to explore, highlight, and celebrate contemporary queer artists who turn to Arab culture for inspiration, and whose works are at the forefront of democratic resistance to repression.