curated by After Party Collective (Vidisha-Fadescha and Shaunak Mahbubani) 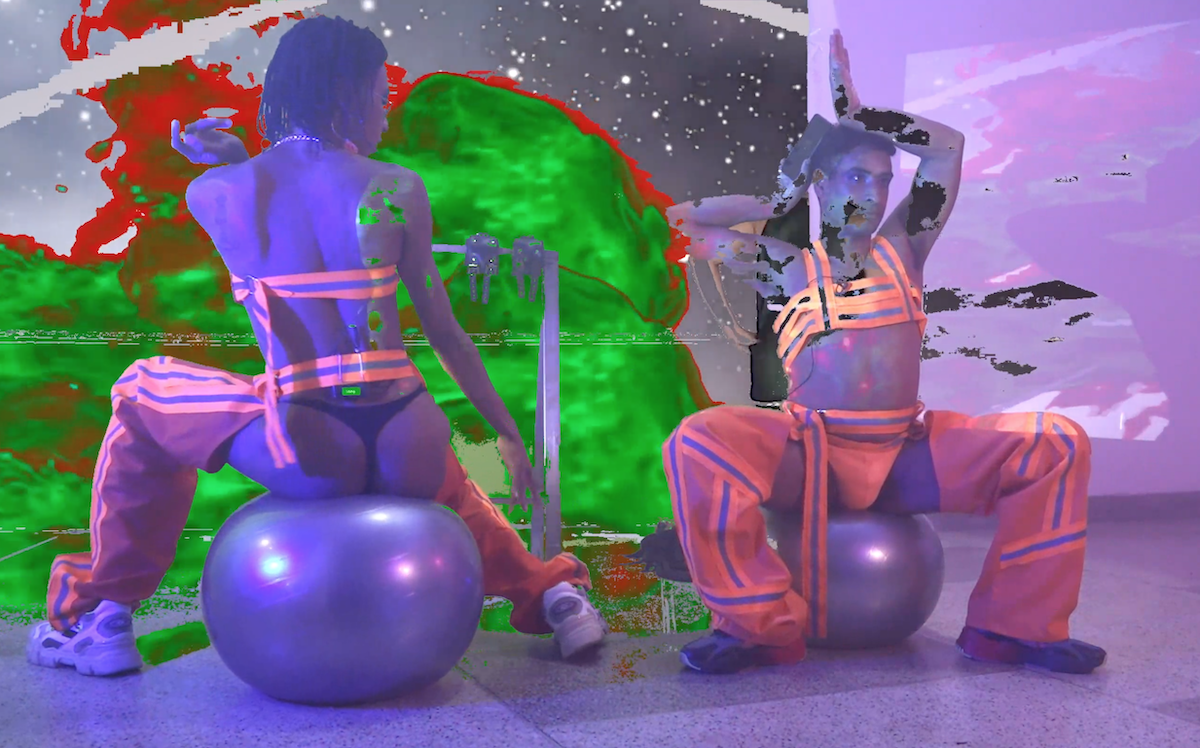 Will Fredo and LoMaasBello, A Skip of the Beat A Change of the Heart, 2020, (still)

In recent decades, the queer movement has globally taken large strides forward. However, the political, civic, and cultural spaces opened up by this struggle have primarily affirmed white and culturally-dominant cis-bodied queers. We, as trans and intersex folx, as well as those marginalised by race, caste, class, ethnicity, and ability, continue to be left on the periphery. We have learnt to not expect acknowledgement from institutions of colonial violence such as the senate, museum, and academy. So, we look instead to subjugated histories from Tawaifkhanas in South Asia, to San Basilio de Palenque, the first free town in the Americas, to the balls of New York, to the black techno clubs of Detroit, as sites of subverting colonial power and positioning agency within 'deviant' bodies. We claim this site of the party with origins in anti-systemic acts as a space where we have power to imagine our collective futures.

The curatorial research is anchored in practices of devising spaces that not only reduce the threat of violence for marginalised bodies, but also produce moments that affirm our maligned cultural lineages, and generate imperative employment within our communities. This exhibition invites trans, intersex, and non-binary artists with heritages from the global South who are immersed in these explorations of affirmative spaces, through creating and critiquing the party as a political act. Building upon textual references such as Sara Ahmed's 'Queer Phenomenology', the experiential display will bring together artistic inputs through objects, music, lighting, and contact zones that orient the trans body towards affects of familiarity, avoiding disorientation.

WILL FREDO and LOMAASBELLO, artists of Afro-Caribbean descent, have explored the history of the party as an emancipatory situation traversing from San Basilio de Palenque to Berghain. Other artists pay homage to New York's legendary Ballroom scene, carrying this trans-affirmative culture back to their communities. BHENJI RA initiated Ballroom culture in Australia, throwing balls in Sydney foregrounding First Nations people. Ra is also mother of the House of Slé, translating learnings from her Philippino lineage into choreography and care for her house. HABIBITCH, of Algerian descent, brings styles from North Africa to voguing and waacking, with a practice focused on decolonizing the dancefloors of Paris. New York/Oakland based JASMINE INFINITI founded New World Dysorder, a music label comprising trans and gender non-conforming artists of colour, as a challenge to a cis white male dominated music industry. The move opens up avenues to create work opportunities for trans folx outside of traditionally perceived occupations, as well as allows for artists from the community to guide the energy of the dancefloor. AFTER PARTY COLLECTIVE from India throw parties critically examining the role of spatial assemblages, breaking down accessibility barriers of caste and class, in intersection with an engagement towards dignity and recognition of Trans persons in law.

In this exhibition, as on our dancefloors, the stylized adorned body takes centrestage, not as supplementary to our politics, but rather as the very embodiment of our co-visioned new world (dys)order.

*The text above was submitted to apexart's 2021-22 NYC Open Call, and rated by over 400 jurors. Any specific artists mentioned are unconfirmed and subject to change.


After Party Collective, formed by artist-curator duo Vidisha-Fadescha and Shaunak Mahbubani, acts in the intersections between curatorial and performance practices. Expanding the Party as a site for critical praxis they produce spaces of embodied thinking to create momentum towards affirmation of trans*, intersex, non-binary, gnc, and poly-gendered bodies. Through recent projects — Queer Futures Potluck Party held at Goethe-Institute/ Max Mueller Bhavan New Delhi, Queer Futures Archive exhibited in Parramatta NSW, video work Some Dance to Remember, Some Dance to Forget screened at Nottingham Arts Mela, and upcoming publication co-curated with Party Office Consent of the Governed: Kink, Constitution and Race — they are energizing choreographies of collectivity, agency, legality, and pleasure.